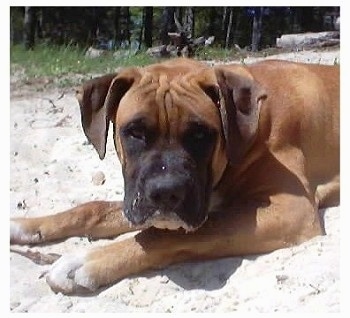 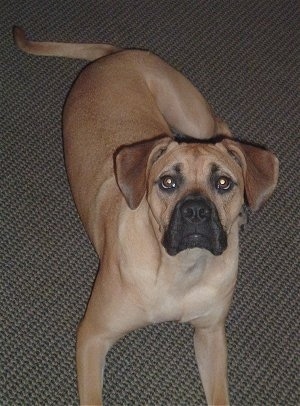 Sammy the Bulloxer puppy at 9 months old—"She is an American Bulldog and Boxer mix." 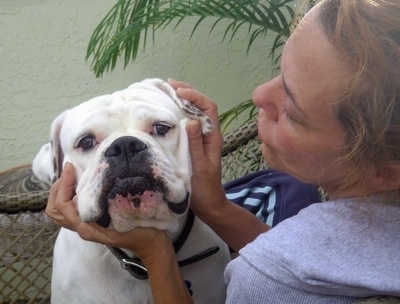 Roxy the Bulloxer at 4 years old 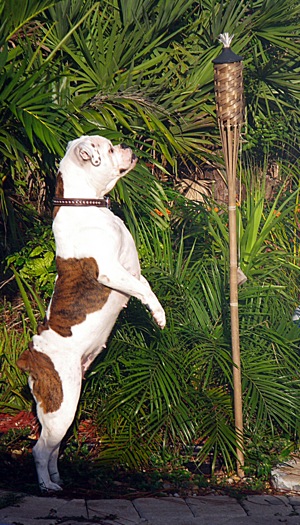 "Roxy's favorite pastime is chasing lizards around the yard. I think the lizards enjoy the game as well. I have yet to see Roxy actually hurt one once she catches it under her nose. Most of the time the lizards get away at the last second before capture." 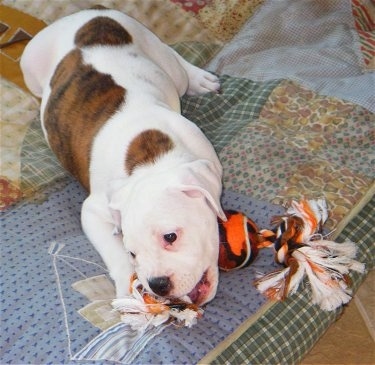 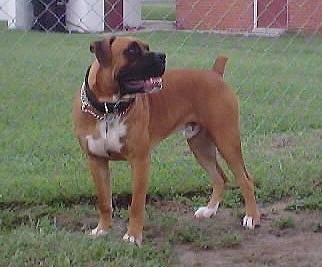