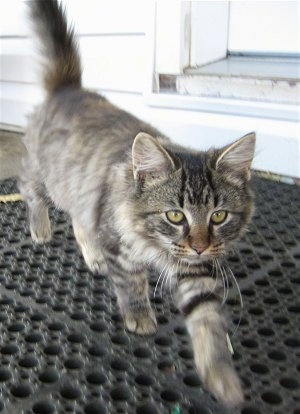 "Maggie the kitten. Maggie is always in the way. If you’re about to pick up a bucket, Maggie is in the bucket. If you’re about to grab a bale of hay, Maggie is on the hay. Take Maggie off the hay, reach up to get the hay again, and YEP, you guessed it, Maggie’s back! If you open your car door to get in, Maggie gets in with you. When the farrier comes to do the horse feet, Maggie is right there rubbing against him, making his job that much more difficult. Trying to put up a fence post? Watch out, Maggie's trying to rub against the hammer! Digging a hole? Watch out, Maggie's getting IN the HOLE! Watch out UPS man, here comes Maggie, trying to hitch a ride in your truck. Excuse me, hay delivery man, can you please give Maggie back, she's in your truck..." 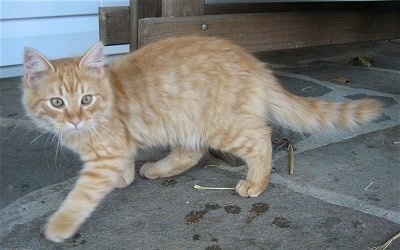 "Waffle the kitten is Maggie's brother." 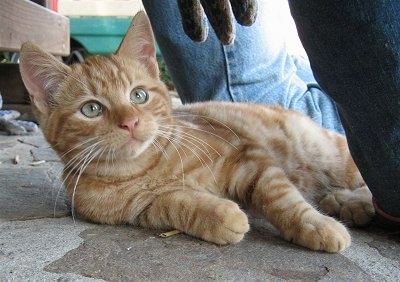 "Simba the kitten is Maggie's other brother." 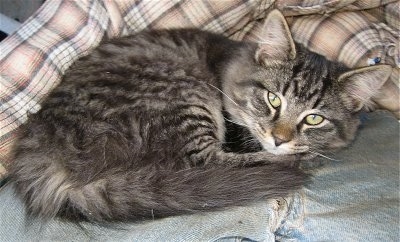 "Midnight the 5th as a kitten, another littermate of Maggie's." 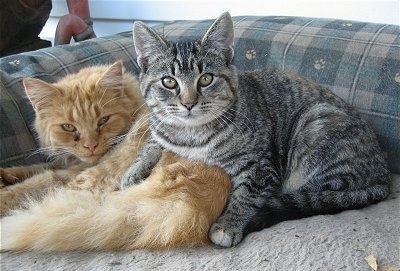 "Sandy (left) the full-grown cat with Mini the kitten. They are both Maggie's brothers. Sandy is from a prior litter, Mini is from the same litter as Maggie. That's right, when you’re born at the Maguire Farm, you have a home for life." 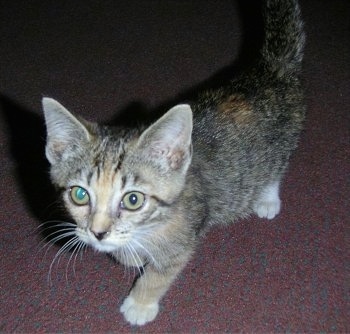 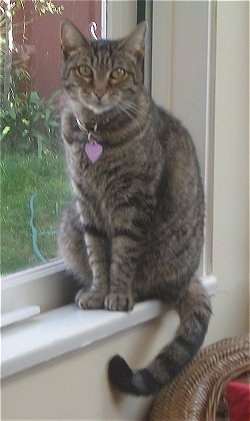 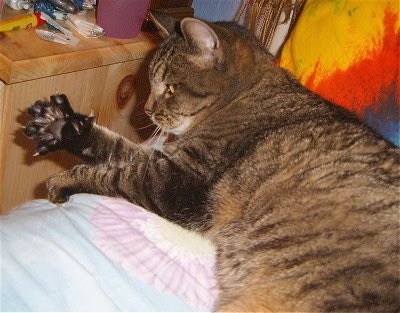 Rose at 9 years old looking at her extended claws 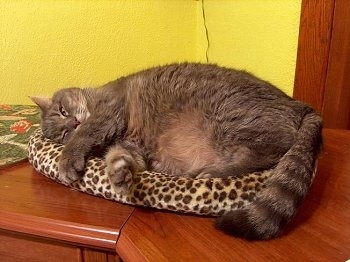 "Big cuddly Shadeaux weighs in at a hefty 18 pounds. He is 11 years old and loves nothing better than lying up on his owner’s desk snoozing while she types. I guess one thing he obviously likes better than snoozing at the desk is eating!" 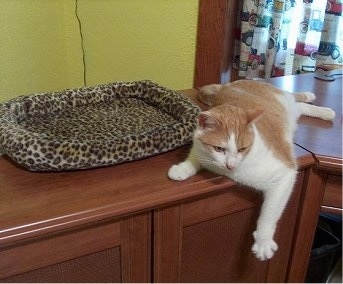 "Byte, the younger male of a three-cat household. He is between 3 and 4 years old... he also likes to lounge around on top of his owner’s desk... that is when the old man, Shadeaux doesn't get there first. He was a stray. His owner thought he was the ugliest kitten that she had ever seen...but now she thinks he is simply one of the most beautiful cats that she has ever had. She says she thinks it's all in his personality." 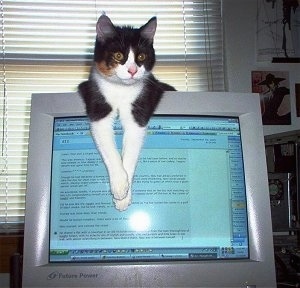 "Pandora is a bit of a wild one. She was actually captured outside of a friend's house as a kitten. She was a bit of a challenge to tame. But, has the sweetest personality her owner has ever seen in a cat." 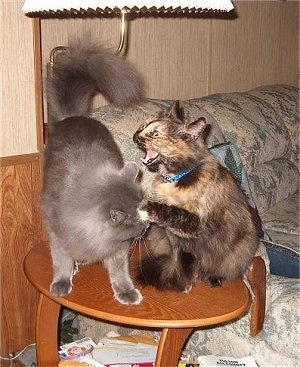 Missy and Bear the cats going at it.