Raising a Puppy: The 18th Week in his New Home—Spencer the Blue-Nose Brindle Pit Bull

A day in the life with Spencer the American Pit Bull Terrier puppy. Spencer's 18th week—27 weeks old, 63 pounds, 21 1/16 inches from the ground to the highest point of the shoulders (the withers). 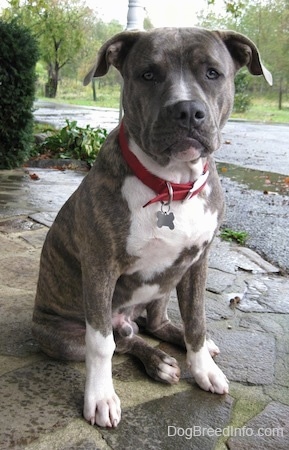 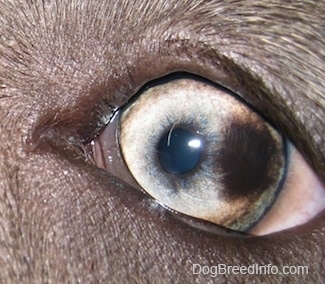 The brown spot in the pup's left eye. Again, a tiny bit larger. 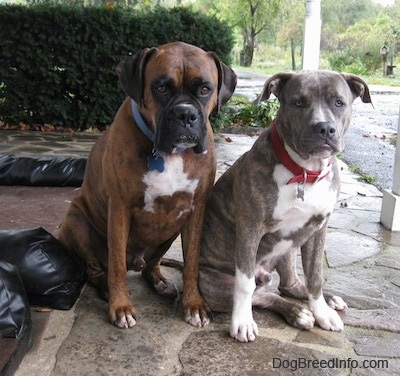 Bruno his holding his head low in this picture so he looks even closer to Spencer's size than he actually is, but there is no denying that the pup is growing fast!

Spencer playing tug-of-war with Bruno. Right now Bruno is still bigger and stronger, however I can see that it will not be long before Spencer is stronger than Bruno. When Spencer gets to playing with Bruno in an all-out rumble he reminds me of a little tank.

This is a video clip of one of their calmer play sessions. Bruno seems like he would rather be sleeping, but Spencer persists on playing with him. Bruno will often lie down during their indoor play sessions. He seems to keep the play even. Spencer is able to move Bruno around the floor and he was not even trying his hardest. When Spencer is older I think he will be able to drag Bruno around.

Treadmill for a Rainy Day

It's a cold rainy day so rather than go out in the rain again like we did the night before, I decide to take the pup on the treadmill for a half-hour to burn up some of his energy. His big brother Bruno pulled something in his back leg chasing a groundhog and is supposed to be taking it easy for a little while. When Spencer has energy to burn he makes it very hard to keep Bruno calm because he instigates play sessions, which Bruno happily participates in. 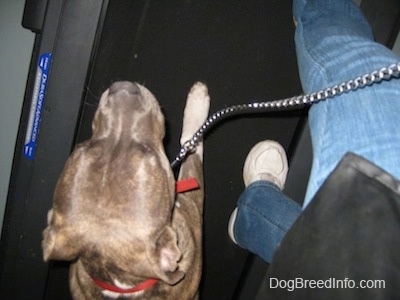 Spencer getting a half-hour in on the treadmill. 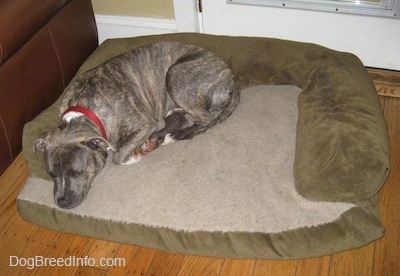 That's more like it, Spence. Go to sleep so you leave your brother alone. Just a few more days and Bruno should be back to his old self—that is if I can keep him calm with limited exercise! 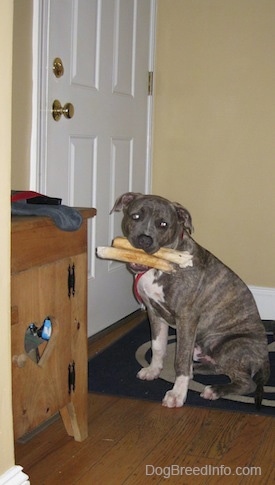 Two bones now, Spence? Taking one bone outside is not good enough for you? You silly puppy!

Out on a Walk 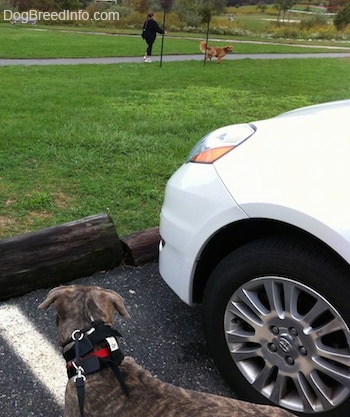 Spencer calmly watches a Golden Retriever walk his owner. It had been raining for days. The pup did get some form of exercise every day; we walked in the rain and used the treadmill, but it was still less than is normal amount. When the rain finally let up and we got out for a nice walk it took a little more effort to keep the pup heeling on a leash. He had energy to burn and he wanted to go. Considering that, however he did fairly well passing other dogs and people. He got a little overly excited over a jogger who came up from behind us, pulling a little toward the jogger as they passed, but a tug and a "hey!" put his focus back on me. 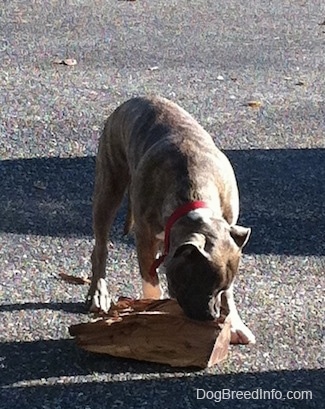 We stacked firewood on the porch for the first time this year and Spencer seemed to think it was just a bunch of new huge bones for him to chew on. No, no, no puppy, the firewood is not for you to chew on. Give me that. Although I had sent him away from the wood several times something kept drawing him back to it. The wood must have smelled awfully good to him. 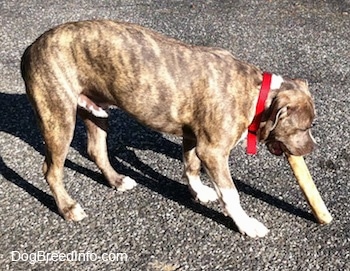 I gave him one of his rawhide bones, but he was not interested. So I took the bone and put some salmon oil on it, a supplement for dogs which contains over 15 omega-3 and omega-6 fatty acids in it. That did the trick. The bone was tastier than the wood. I'll be working on getting the pup to leave the firewood alone. 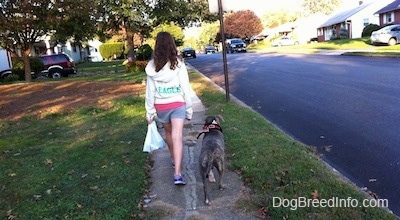 As far as people go, if the person is relatively calm when they greet him, he does just fine. However if a person talks baby talk to him and gets him excited he will pull toward the person as he curls into a submissive ball and turns in a circle with his head low, usually pushing into the person's leg. While this is a submissive gesture he cannot be allowed to pull toward anything at his own free will while on a leash. I was very proud of him this past week when he spotted some people he associates with excitement and was about to pull toward them to say hello. I had stepped in front of him with perfect timing and was able to cut him off. I then made eye contact with him and used a hand signal that meant to stop or slow down. Spencer kept his eye on me without pulling as we walked up to the people. He was much calmer while getting petted since we had approached calmly. We will be working on this as well. This is a difficult one as his behavior is greatly affected by the humans around him, which is something I often do not have control over. Several times a week, I have to ask humans to please not encourage him to jump up on them or climb on top of them as they bend down to pet him. When the human explains that they do not mind him being on them I have to explain that I do mind because he is being trained not to jump.

Bruno! What's up with you!?

I had put Spencer in his crate for the night with a bone that Bruno wanted. I gave Bruno a bone too, but he seemed to think the one Spencer had was tastier, and I admit it did look meatier. I was watching through the puppy-cam and Spencer was chewing the bone for a while but then decided to lie down and go to sleep. Bruno walked up and was staring at the bone. He then started to bite; what looked like nibble bites on the side of the crate. I looked away for a few minutes and when I looked back the crate was open. Spencer was out of the crate and Bruno had the bone. Bruno opened up Spencer's crate! The latch to the crate is the type that you have to pull up on to open the door. Apparently Bruno pulled up on the latch and let the pup out, then helped himself to the bone. Boy, do I hope that was just a one-time occurrence and just a coincidence that he was able to open it. He better not make it a habit of letting his little brother out of the crate!