A day in the life with Spencer the American Pit Bull Terrier. 1 year 7 months, 79 pounds, 22 1/2 inches from the ground to the highest point of the shoulders (the withers). 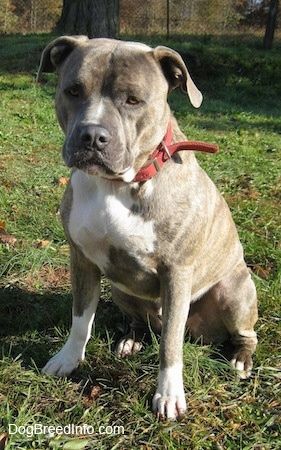 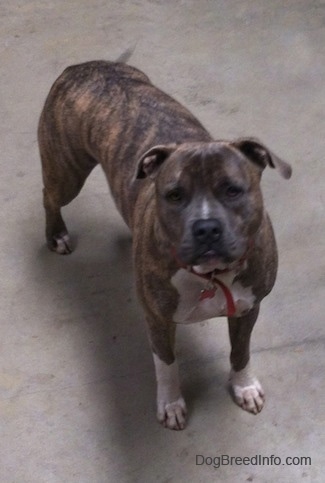 Spencer goes on a weekend camping trip and has a blast. The first night we were there Spencer was trying to tell us something was outside. He kept going to the door wanting out. When I would walk him out he would point and show me the direction. He's a pretty silent guy. Spencer rarely barks, but he does point. No way was I going to walk off into the woods in the dark. Sorry pup, whatever it is we’re not going to go and find it right now. The next day when it was light outside we spotted bear tracks. Spencer was letting us know there was bear out there. As much as the pup would have loved to "find it" I'm glad we had not tried! 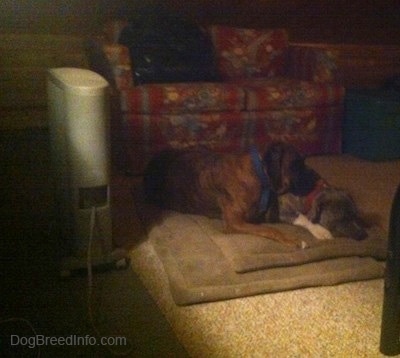 While Spencer and Bruno do not particularly like the cold weather they quickly figured out where the heaters were and would curl up next to any they could. 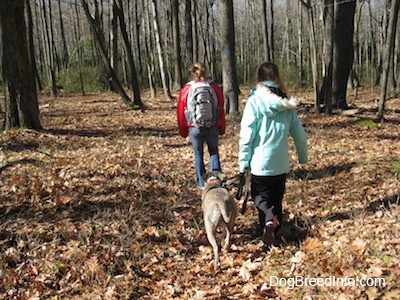 Spencer goes on a five-mile hike through a state forest… 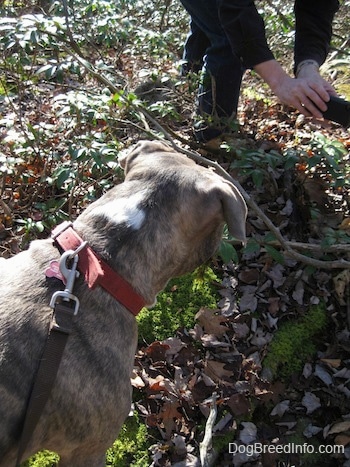 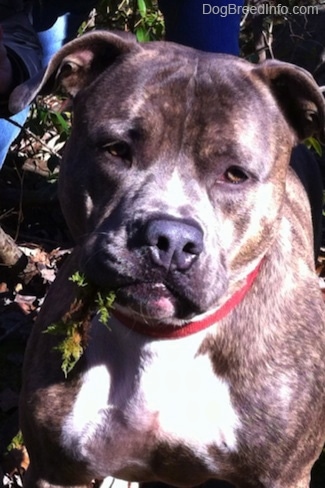 When he pulled his head back out, he had a wad of moss stuck in his cheek. He didn't even seem to notice. I had to pull it out of his mouth for him! 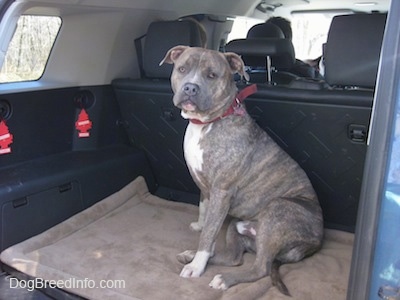 After the hike he jumps into the car to head back to camp.

Bruno missed the hike because it would have been too hard on his recovering leg, but he did get a shorter walk and got to play in the barn with Spencer. Sara taught Spencer to "Touch it" with his snout. Spencer gets the ball when he does this on command, but he does not get it when he uses his teeth to touch the ball; only the snout. Spencer is good at this trick. If you hold your hand out to him and say "Touch it" he'll give you a "Snout High-Five”! Watch how goofy Bruno gets. He starts playing with his bone all by himself. Notice how Spencer wants the bone, but he won't go and take it from Bruno. However, the first chance he gets he gets the bone on his own! He's no dummy! Forget that ball, he wants the bone!