A day in the life with Spencer the American Pit Bull Terrier. 1 year 8 months, 79 pounds, 22 1/2 inches from the ground to the highest point of the shoulders (the withers). 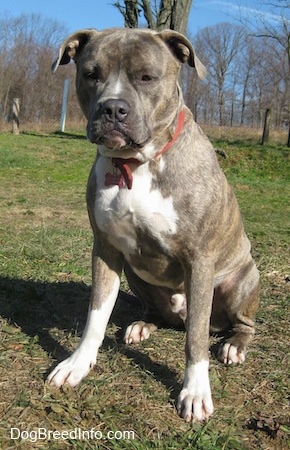 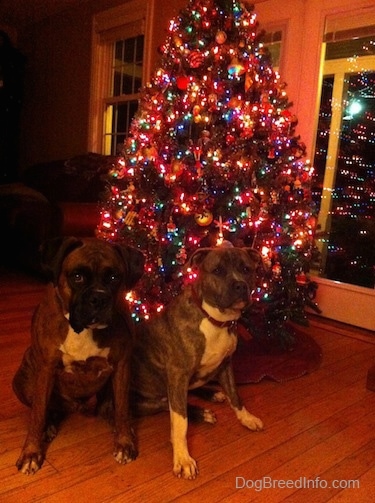 What good boys—neither of them has touched the Christmas tree. Seems that Santa will bring you lots of presents this year. 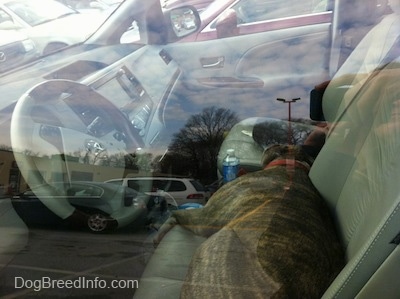 I went into a store and came back out and this is what I saw: Spencer-puppy up on the front seat. Hey you, you know you are not allowed on the seats! 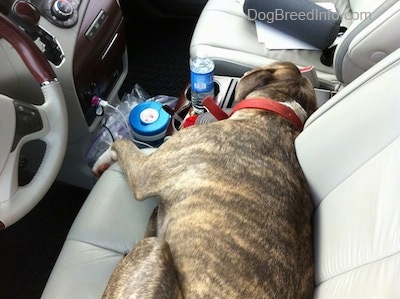 I opened the back door, reached around and took another picture. Either the pup was sleeping or he just didn't care. "Hey! Get back!" Spencer jumped up and climbed into the back. 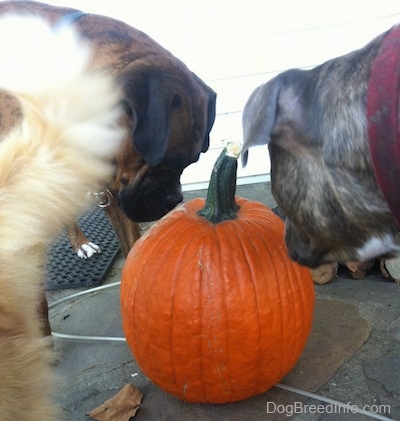 Bruno and Spencer both checking out the pumpkin that was placed on the porch. Oh, and that is the cat named Pumpkin with his tail in the picture. What a coincidence! 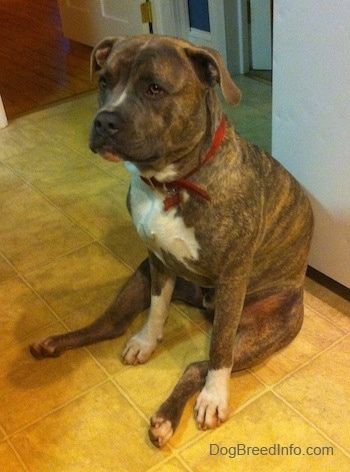 Spencer often will sit right on his butt. You silly boy, you look so funny when you sit like that.

When we go out on a walk and pass people, Spencer is a very good boy. If we keep walking and the person talks to him he will wag his tail and look at them but he keeps on walking. However, when the person asks if they can pet him and they start sweet-talking him, sometimes getting down on their knee to see him, Spencer play-bows and gears up for a bolt. We are working on trying to get him to stop this. I can get him to refrain from the bolting if the human calms down, however it is very difficult to get him to walk up to the person calmly when the person is excited. Spencer will play-bow, stand back up, play-bow again and you can just tell he is gearing up for an excited meeting. We are still working on getting him to walk up calmly but the humans do not make it easy. 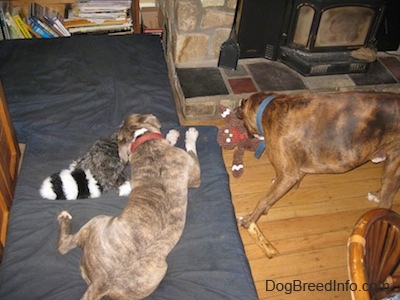 Christmas morning Bruno and Spencer get some new toys and boy are they happy. They love the ones with fur that squeak. Not because they see it as a cute little stuffed toy but because it taps into their prey instinct to hunt. For them the squeak is the noise the animal makes as its being captured. We have taught the dogs to chase the groundhogs out of the horse fields and the fox away from the chicken coop, so their hunting instincts have been tapped into for sure. 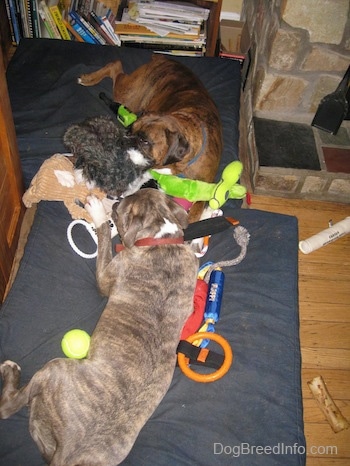 The dogs were on their beds so we gave them all of their new toys at one time. I was happy to have been able to find some of their past favorites that I had to throw away because they had been ripped or chewed on a little too much. 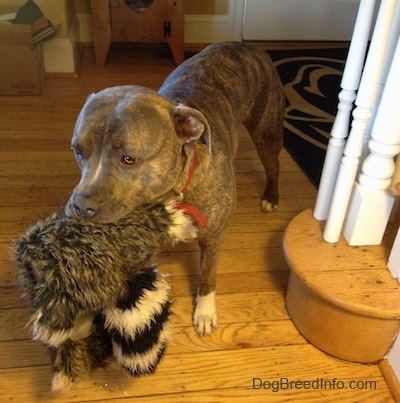 No puppy, you can't take that new toy outside. You will get it muddy, leave it in the rain and maybe even bury it. I don't even know where you buried all the bones you run outside with. 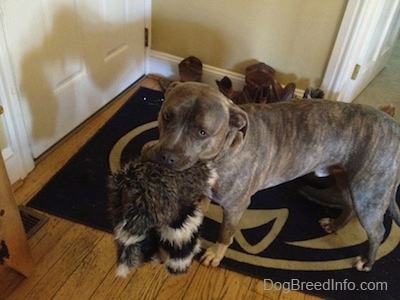 Oh please, stop looking at me like that! OK fine, you can take that outside but that's it. Just that one toy. No others!

Sharing with his pack 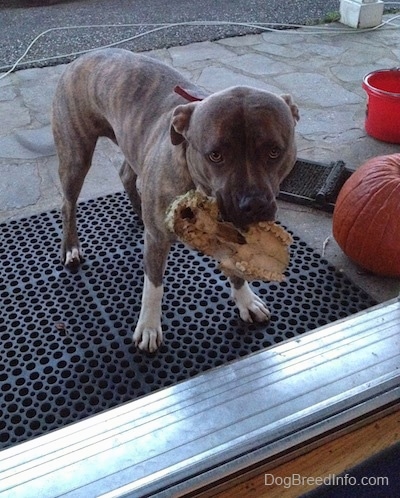 I opened the door to let Spencer in and there he was, standing there with the skull of an animal, asking to come back inside the house. Spencer's instincts to share with his pack led him to bring back his prize find. I let him inside the house and asked him to drop it. Immediately he set it down on the floor and watched me pick it up. He didn't mind one bit letting me take it from him, which was a very good thing because there was no way I was going to allow him to chew that thing up inside the house! But I wanted to let him come in. I mean, just look at those sharing eyes. "Mommy, I brought you something. Look at what a good hunter I am!" He was wagging his tail, all happy about it too. 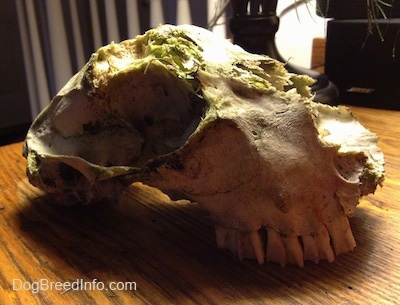 Here it is close up. This thing has been floating around the property for a while. Not sure what type of skull it is.