Raising a Puppy: The 25th Week in his New Home—Spencer the Blue-Nose Brindle Pit Bull

A day in the life with Spencer the American Pit Bull Terrier puppy. Spencer's 25th week—34 weeks old, 74 pounds, 22 inches from the ground to the highest point of the shoulders (the withers). 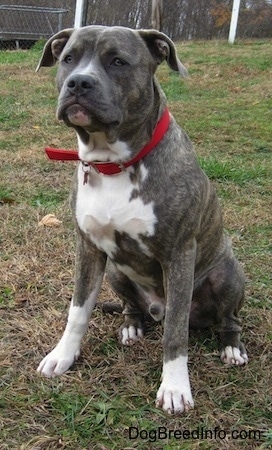 Spencer outgrew his collar again. It was time to get him a longer one. 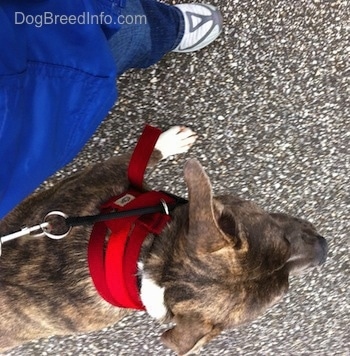 While big brother Bruno was at his water therapy for his post-ACL surgery I took Spencer to the park for a walk. 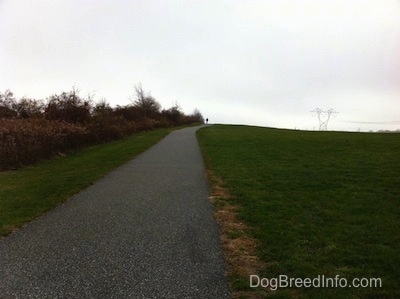 We passed walkers, joggers and even other dogs. The pup did great! 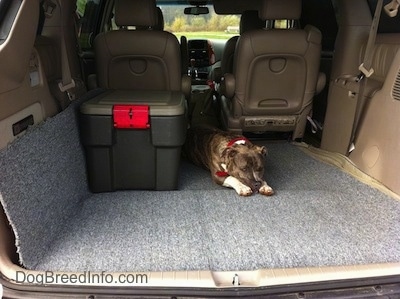 After our hour-long walk Spencer jumped into the back of the van. Even though there were people walking by and the van door was wide open he lay down and waited for me to pack his leash away.

I am still working on getting Spencer to stop messing with some of the cats. There are some that he does not try and play with or chase, and then there are some that he finds it amusing to bark at. The cats he chooses to bark have a more skittish personality. If I walk outside he stops. The pup knows I do not agree. He is, however getting better and better. Oreo is now sleeping on the porch again and even the cats he likes to chase still hang out. That tells me his intentions are not that horrible. Outside cats would not stick around if there was a dog that wanted to harm them there. Spencer sees them as a game. I think the answer is, besides keep correcting him when I see it coming, to keep the pup so well exercised that he is too tired to mess with a cat. It would also help if the cats would get him in the nose a few times to teach him that cats are not all that fun. 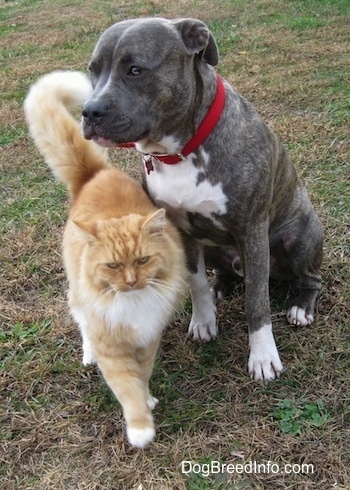 Pumpkin, however is one cat that has earned his pack leader status with Spencer. Pumpkin (aka Lumpy) never runs from the pup. He stands his ground and gives a look that says "messing with me would be a mistake." 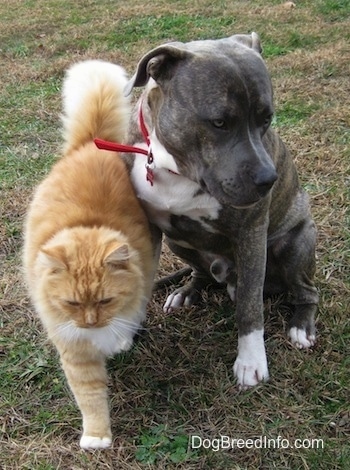 See how Spencer turns his head. That is the pup telling the cat that he is not going to challenge him. Spencer has a lot of respect for this cat, as do all the other animals on the farm. Just like people, the energy (emotions) of a cat has a lot to do with the way a dog behaves. When the cat shows leadership to Spencer he gets respect back. Spencer does not chase, bark at or try and pounce on Pumpkin. Ever. Pumpkin rubs all over the dogs leaving his scent. This relationship was established from day one. Check out how Pumpkin deals with Spencer the first day they met. 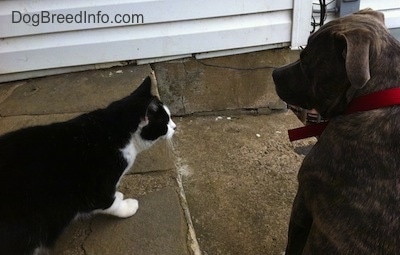 At first Spencer looks like he wants to chase Oreo, but I give him my mamma bear look with a little growl, "Don't you dare chase my kitty!" Spence sits down with his back to the cat. That's more like it. 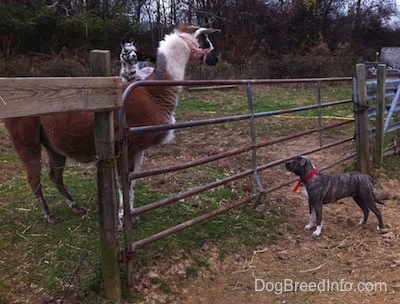 Spencer checking out the llamas. 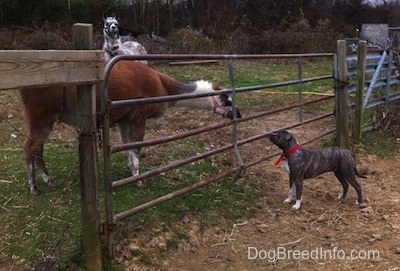 The llama checks out Spencer. 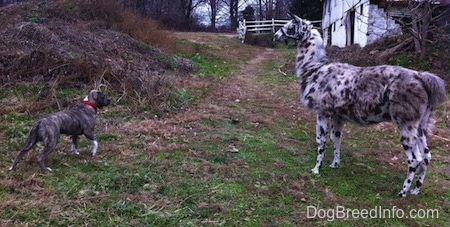 We go into the gate. 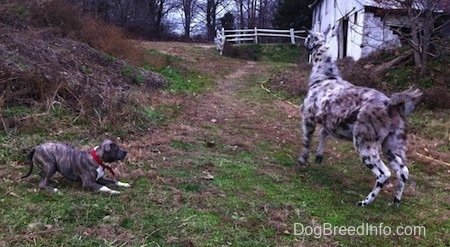 Um, Spence...I don't think it's a good idea to try and play with the llama. They might run at first but they’re pretty tough and they just might get the best of you. 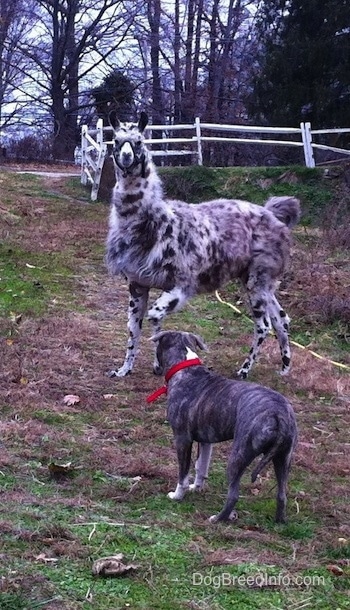 Yeah see, the llama stopped running and is now ready for you. Now what? Notice Spencers tucked tail. Spencer knows he is being warned by the llama and he is unsure about it and is taking the warning seriously. 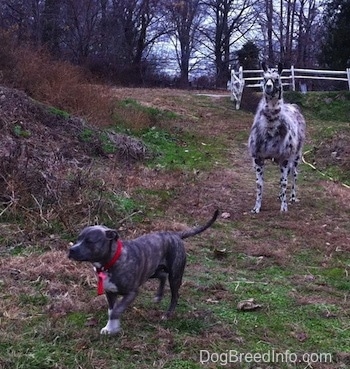 Spencer was tearing around the yard. He would make a loop and dive down at something, then circle around and dive down again. What are you up to, pup? You look like you’re up to no good. What do you have there, Spence? 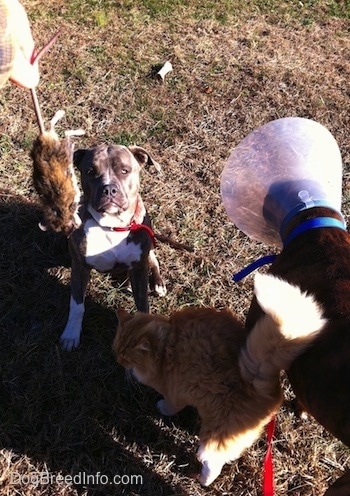 Oh great, I don't think so, pup. Give me that mouse. Now go and play with your baseball instead!