Raising a Puppy: The 28th Week in his New Home—Spencer the Blue-Nose Brindle Pit Bull

A day in the life with Spencer the American Pit Bull Terrier puppy. Spencer's 28th week—37 weeks old, 77 pounds, 22 3/8 inches from the ground to the highest point of the shoulders (the withers). 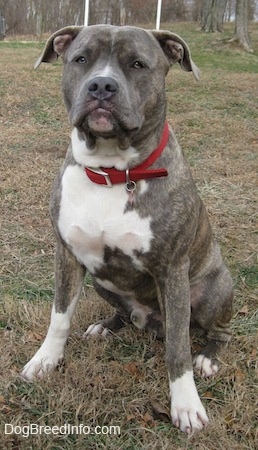 Sara teaches Spencer the “Army Crawl” trick. He had only been doing it for less than a week when this clip was taken. Won't be long before he has it perfected.

Spencer gets two to three walks a day. I continue to try and take him to new places that he has never been at least a couple of times a week. 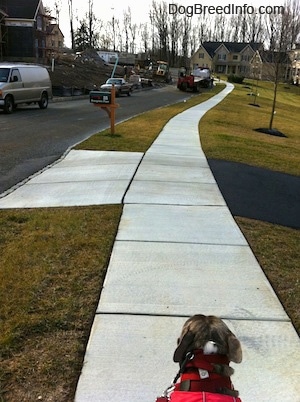 While big brother Bruno the Boxer is at his water therapy session for his ACL surgery recoveryI walk Spencer to a neighborhood close by. Turns out a few of the houses are still being built. Perfect. There are trucks, people and noises going on around him. 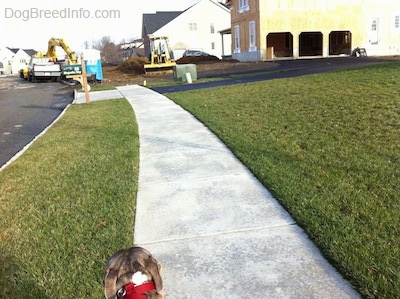 Spencer does very well walking past the equipment. 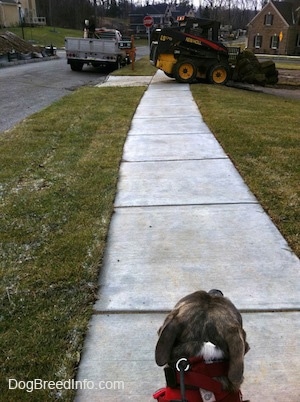 One of the equipment trucks full of sod passes in front of us. Spencer just watches. 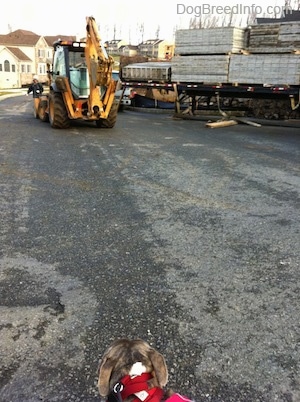 As we pass this area Spencer keeps looking up at me for direction. I paused to take the picture and then continued walking. 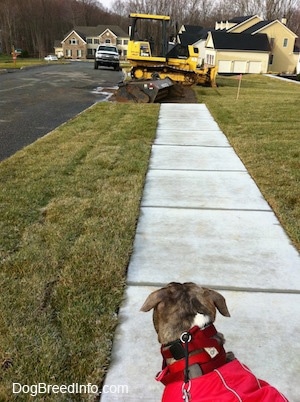 Spencer looks at the bulldozer. When he was younger at one point he was not so sure about passing things like that. Now he has no problem with it.

Spencer has the “come” command down. Generally we only give the command twice and if he does not come we start walking toward him, sometimes giving the command one more time. As soon as he starts to come we back off from going toward him to let him know that's what we wanted. He runs to us as happy as can be.

He is getting good at the "drop it" command and has "leave it" pretty much down too. 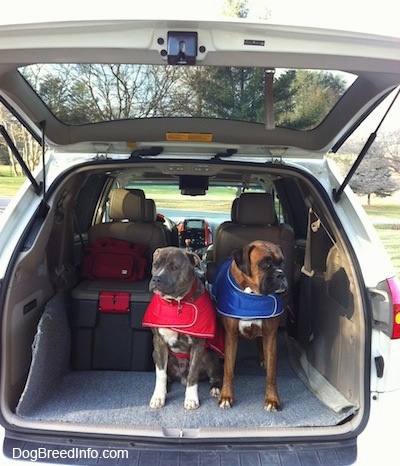 I can open the back hatch of the van and tell him to stay and he does. Even when the hatch is opening he does not try and bolt out. I am, however very careful and do not take this for granted as he can decide to at any moment, especially when excited humans are around.

Unlike Bruno, when we go on off-leash walks Spencer likes to stick closer to the humans. He will run, smell around and chase things but he does not wander as far. 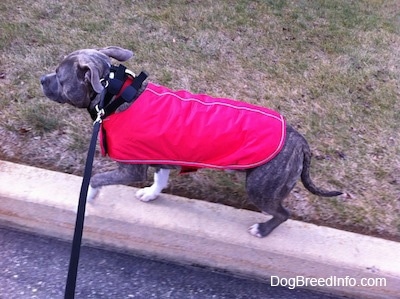 The silly pup still loves to jump up on the curb when we go for walks and walks them like a tightrope. He's got pretty good balance too! 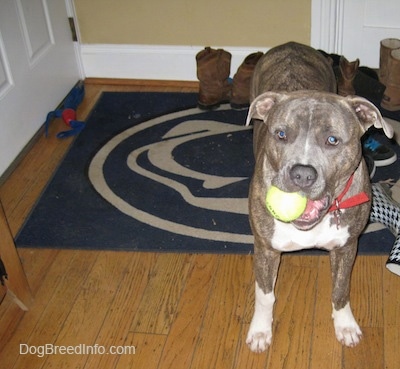 He still likes to carry things around in his mouth and continues to grab a bone, ball or toy to take with him when he goes outside, especially in the morning when he first wakes up or when he is first let out of his crate.

All we have to say to Spencer to get him to go into his crate is "cage" and he gets up and goes in. I usually have to kick big brother Bruno out of the crate first. Bruno still likes to go in there. 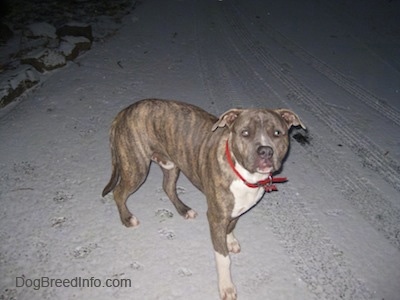 It was not much but this was Spencer's first experience with snow on the ground. He seemed to like it and kept licking it. Can't wait until he has at least an inch to play in.

Because big brother Bruno just had ACL surgery not too long ago, Bruno is not allowed to play with Spencer yet. I have been noticing Spencer trying to play with the other animals. 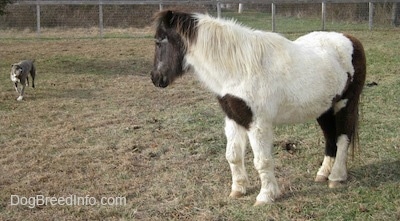 He had run up to Jazzmine the pony and play-bowed to her. Jazzmine just pinned her ears and kept eating. Spence walked away from her.

He had tried to play with the cats but either got a "leave it" from the humans or a swat in the nose from the cats. 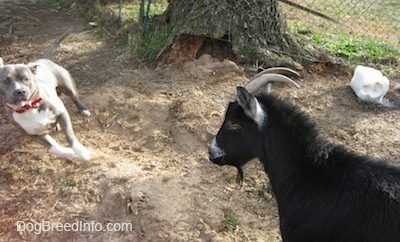 I even saw him try and play with the goats but they geared up and threatened to buck him. 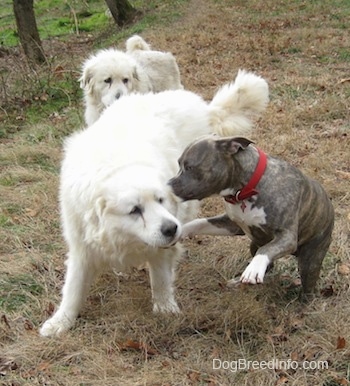 I took him out to see Tundra and Tacoma. They did play with him some but they are 8 and 9 years old and just not as active as they used to be.

I sent the kids out to play with him. Poor Spence. Hopefully Bruno will be able to play with you soon. Buddy, let’s go for another walk so you can let out some of that energy of yours. 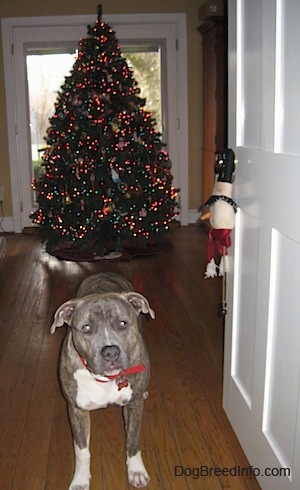 Took a few "Leave its" but so far Spencer has not touched or stolen anything from the Christmas tree. I hope I am not jinxing myself by posting this. It's pretty darn good considering the tree is in the spot that the dog beds used to be in. He had started to smell that Frosty the Snowman hanging on the door and I gave him another "Leave it" to let him know it is not his to play with. Spencer, why now that the horse poop is frozen are you trying to eat it—because it's like a popsicle or because there are no bugs in it? Either way, the rules have not changed. "Leave it!" Yuck! Hmmm, there was one present under the tree, a Jolly Ball for Scooter the horse. I had put it there kind of as a test to see if any of the dogs would touch it. I have no idea if it was Bruno or Spencer that chewed on the top of it. Spence was in his crate all night but was out in the morning while I was still upstairs and everyone else had already left for work and school. My first instinct is to blame the puppy (sorry, Spence), but honestly I don't know if it was him or Bruno. I left it under the tree. Going to see if I can figure out which dog is the guilty one.