Raising a Puppy: The 32nd Week in his New Home—Spencer the Blue Nose Brindle Pit Bull

A day in the life with Spencer the American Pit Bull Terrier puppy. Spencer's 32nd week—41 weeks old, 79 pounds, 22 1/2 inches from the ground to the highest point of the shoulders (the withers). 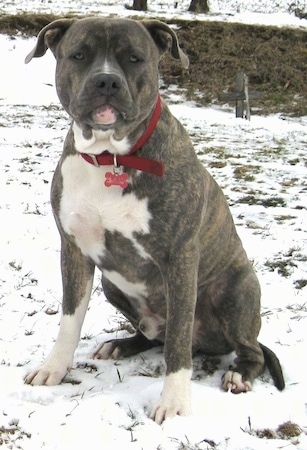 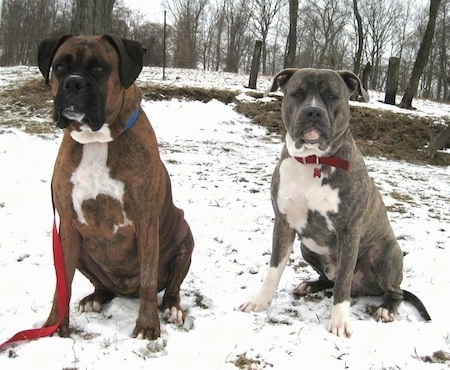 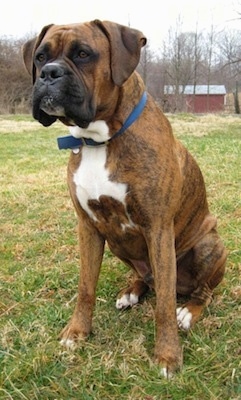 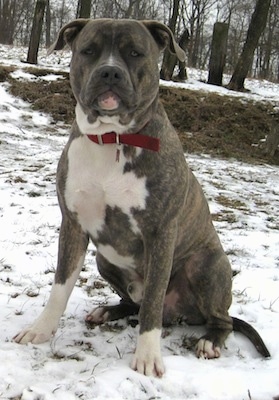 Bruno and Spencer both at 9 months old.

Lesson from the Pony

The horses and pony were getting moved to the stalls due to the snowstorm that was on its way. Spencer had run over to the pony and was trying to play with her back end. "Leave it!" but the pup ignored me. A second later the pony kicked. She nipped the pup in the head. Luckily Spencer was not any closer and only got brushed. The pup looked totally startled. As far as I can remember or know of, that was the first time the pup was kicked at by the horses or pony. Spencer walked away giving space between him and the pony. I can tell the pup to leave it and he may listen, but there is no better teacher than the pony herself. Hopefully Spence has learned his lesson. You don't mess with the back end of a pony! 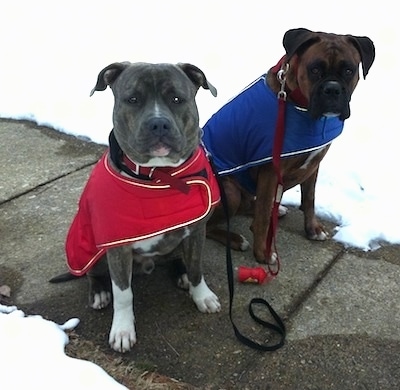 When bad weather is coming it's extra important that the dogs get their walks in so they are content to lie around the house. There was a snowstorm coming and the dogs had gone for an hour-and-15-minute walk in the morning and another half-hour later on in the day. We often go longer, but this was an especially cold day and the snow had already started falling. We had driven somewhere new to walk and needed to head home before the roads got bad. The fact that we go to new places a few times a week keeps the walks interesting for them and for me. It has more of the calming effect on them since they are not bored with the walk and their instinct to migrate is really being satisfied. 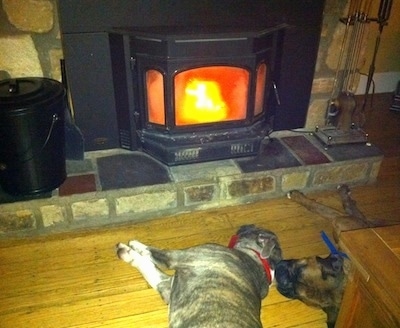 From outside in the cold snow to inside next to the fireplace. 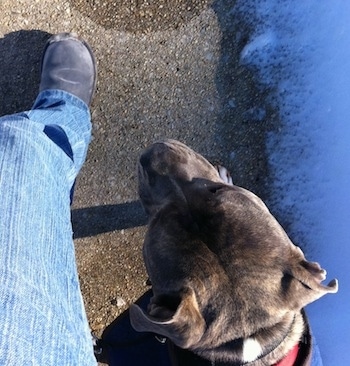 While out on a walk I spotted another dog being walked far up in the distance. Spencer and Bruno had not seen it. When we got to the same place on the sidewalk that the other owner had just been walking his dog, the dog and owner were long gone. I was not even sure where they disappeared to. Spencer however smelled the dog for sure. His ears perked for a second and then his nose started smelling the air. He was looking around breathing in the scent deeply, but the pup kept heeling on the leash like a good boy. Bruno sniffed the air a little too, but was not as interested as Spence. It must be something to have a nose that can smell that well. I would not have been able to smell a person or dog from that far away that long ago even if they were wearing a heavy perfume. Goes to show how much differently dogs view the world than humans. To us humans, it is all about sight; to the dogs it is all about smell. 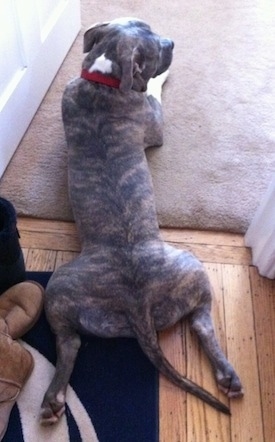 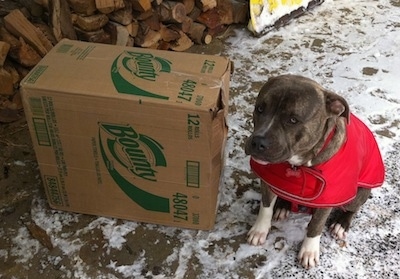 Busted! UPS had dropped off a box. I happened to have been outside and caught the pup chewing on the corner of the box. Had I not been out there this case of paper towels might have been all over the yard.