Raising a Puppy: The 40th Week in his New Home—Spencer the Blue-Nose Brindle Pit Bull

A day in the life with Spencer the American Pit Bull Terrier puppy. Spencer's 40th week—49 weeks old, 80 pounds, 22 1/2 inches from the ground to the highest point of the shoulders (the withers). 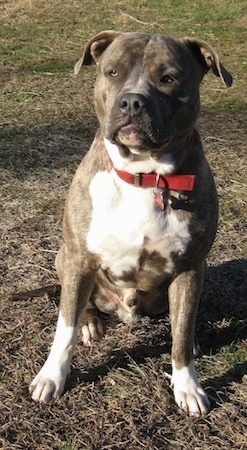 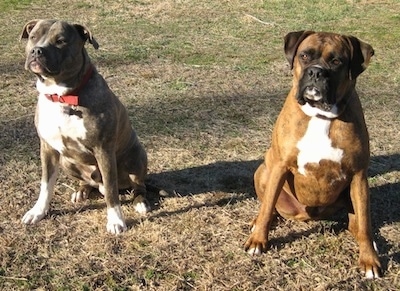 It's pretty clear that Spencer is going to be smaller than his big brother Bruno. Maybe his smaller size will spare him of the knee problems that Bruno is now facing. 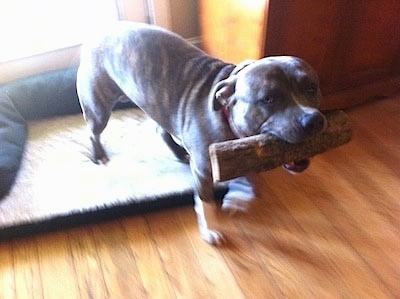 Oh my gosh pup, what did you bring into the house? You swiped a log off the wood pile again. You know you can't keep that. 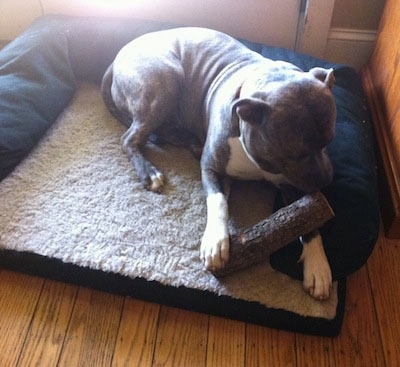 Um, no. There is no way you are chewing a log up. There will be wood chips all over the place!

Spencer was carrying that log around like a stick. Instead of taking it and putting it back outside on the wood pile I had him bring it to the kitchen to put on the fire. He didn't really want to give up his log, but I didn't want wood chips all over the house when he started chewing it like a bone! Spencer likes to carry things inside the house from outside. He once carried in a very long tree branch. He was awful proud of that thing. But he couldn't keep that one either. 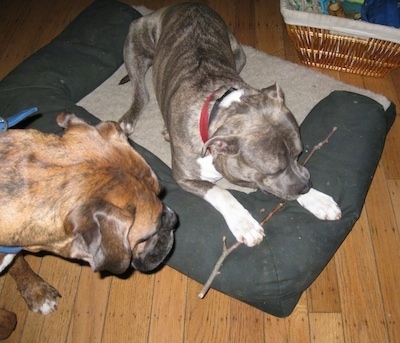 One of the kids let Spencer inside the house and called me over to see what he had brought with him. Another stick. Oh, you silly pup. That stick is not as large as the branch you had the other day but you still can't keep it. Give me that. 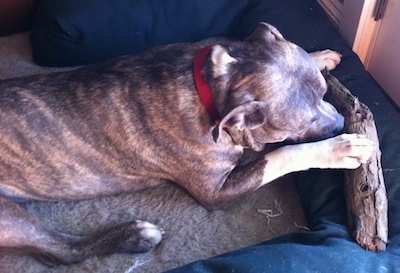 Um, excuse me pup, but who keeps letting you inside the house with logs and sticks? Give me that!

Spencer walks past a couple of yappy barking dogs behind a fence. He does a pretty good job at ignoring them.

Bruno and Spencer practice their discipline skills when they are asked to wait before eating their chicken and sweet potato treat. Spencer is a little more patient than his big brother Bruno.