A day in the life with Spencer the American Pit Bull Terrier. 6 years old, 79 pounds, 22 1/2 inches from the ground to the highest point of the shoulders (the withers). 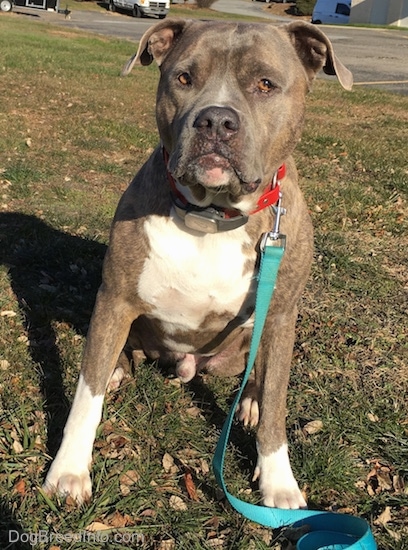 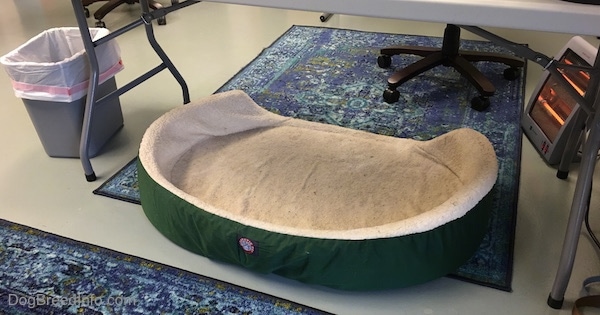 Ever since we figured out that the old fiberglass behind the walls at the DBIC office was making some people not feel well (sick building syndrome) the entire building has been under renovation to remove it from every wall. While the construction happens off normal working hours dust still floats around landing on things. It gets cleaned up and everything gets wiped down, however its microscopic and you cannot actually see it, so some things are missed.

Spencer has always been picky about where he lays down, what he drinks and the air he breathes. He’s been a big help in figuring out the air quality problem and pin pointing exactly where its coming from.

The week prior I had noticed Spencer not wanting to lay down on the office dog beds. He was trying to tell me they were too dirty for his liking. Washing the beds works when you are dealing with normal dust, but this was microscopic fiberglass that never fully washes out intertwining and becoming part of the fabric. I had just replaced the throw rugs and I ordered new beds, but the rugs had arrived in the mail before the beds, the beds were delivered a few days later. I just kept forgetting to bring them in. Come Monday morning, once again, I forgot to bring them with me. My plan was to bring them in on Tuesday.

I had not given it much thought until I noticed Spencer staring at me. I looked over at him and he turned his head and looked right at his bed and then back at me. "Oh, your dog beds. I'll bring them in tomorrow." Spencer smirked at me. 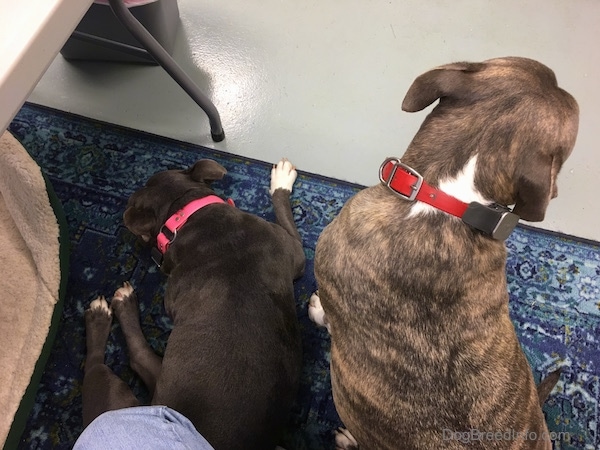 He walked over, sat down leaning his back against my leg and refused to lay in his bed. Mia, who tends to often copy what Spencer does, joined him. 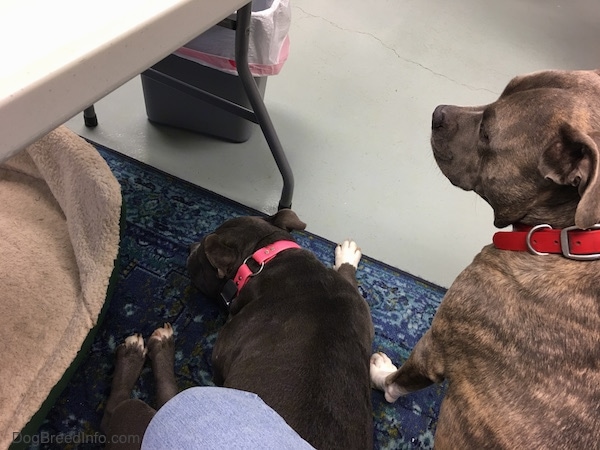 Spencer turned and looked at his bed then at me, then faced front again. Nope, he was not going to lay on that thing anymore, even if it meant he had to lean against my leg all day.

I felt bad for him. Fine, we will drive home and get the new beds. He perked up, went to the door to leave. We walked out and he jumped into the van. 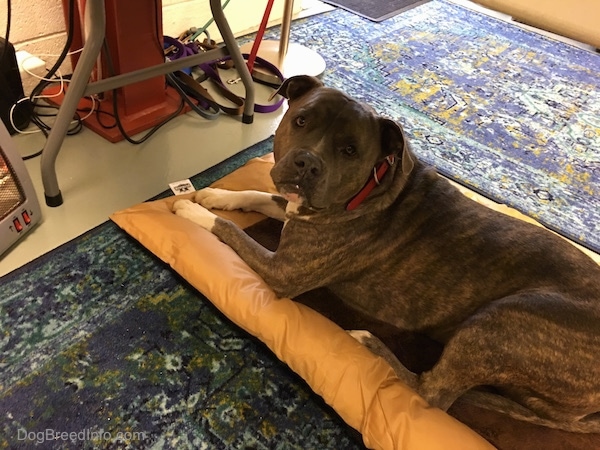 When we got back to the office I could barely get them out of the packaging before he climbed in the bed in front of his favorite heater. Spencer used to get awful rashes on his paws and belly since he was a puppy. For 5 years I struggled with keeping the rash away. It had turned out all this time the problem was the microscopic fiberglass that breaks down, leaving walls and settling on the floors. When I removed him from the environment and replaced all the cloth, his life long skin rash problem disappeared, only to appear again if he went into an area that was not renovated yet. We are also currently removing all of the fiberglass from our home, living in our barn while the work is being done. Its a huge project, but everyone, humans and pets included, feel much better health wise in cleaner air.

Yes, he really is that smart. The day before we had arrived home at dinner time and he had not had his dinner yet. I had not thought about what time it was, until he poked me with his nose, turned to look at his empty dog bowl and then back up at me. "Oh, you didn't have your dinner yet. Right. Hold on, I'll get it." He may be a back of the line type of dog, but he is by far the most intelligent and very polite in his mannerisms. He will tell you thinks, but when you say "wait" he will go lay down and wait, not hesitating to remind you, however, if you actually forget again. Some how he just knows.

When you give Spencer the Pit Bull a new clean dog bed. And Mia thinks it's playtime.