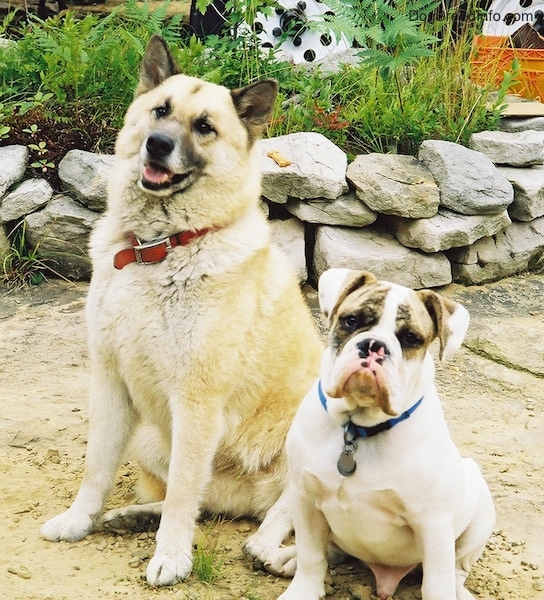 Spike's best friend is my 10-year-old Husky named Puppy. The two of them play all the time. Spike protects Puppy. There were a few instances where a dog tried to attack Puppy and Spike intervened. Spike does not attack the other dogs, he simply growls enough to let the other dog know he means business, and then he keeps himself in between the two dogs. The neighbor's German Shepherd, who liked to seek Puppy out and try to attack him, seems to have given up since we have gotten Spike. Now he stands at a short distance watching them play. Spike and Puppy just ignore him. Sometimes I think the Shepherd wants to join in on Spike and Puppy's backyard play. 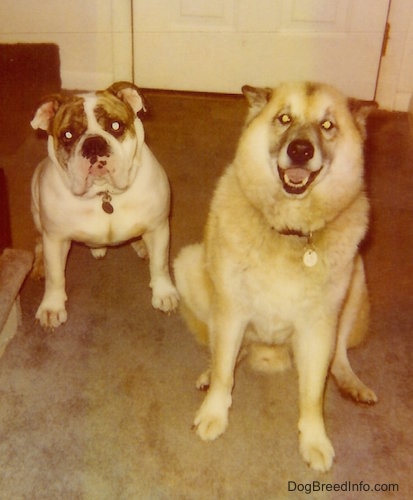 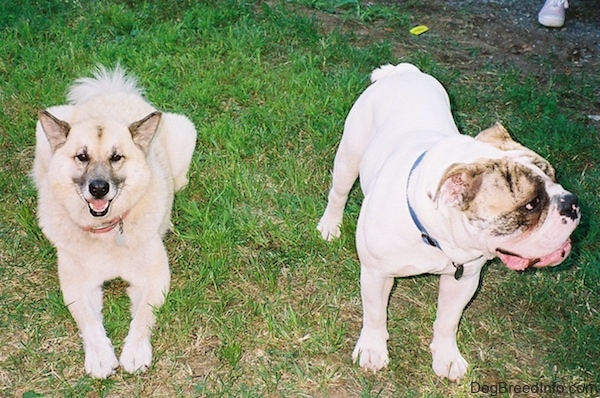 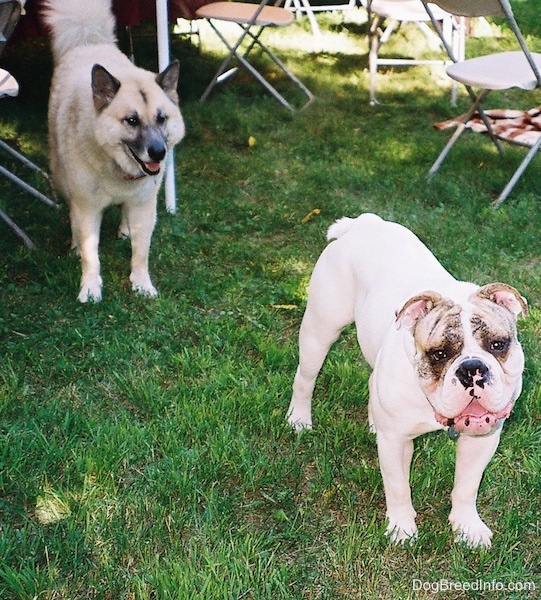 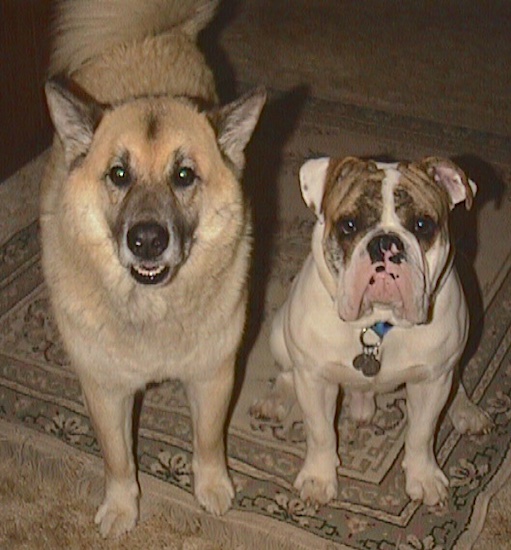 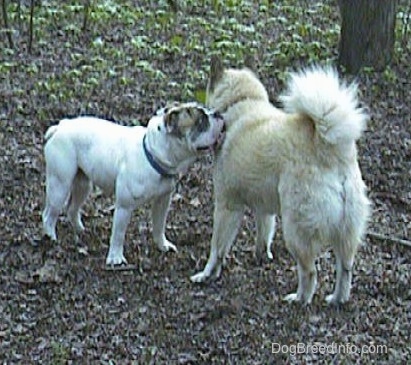 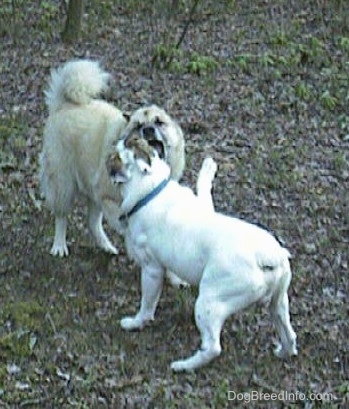 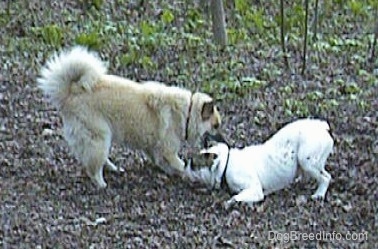 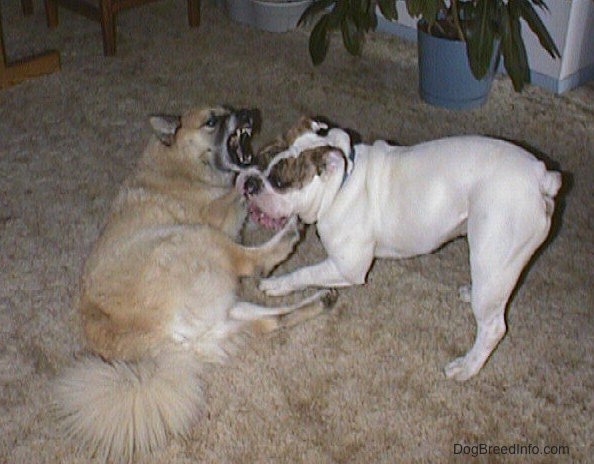