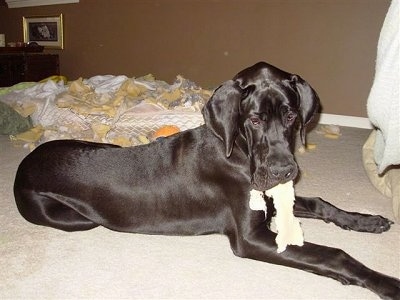 "Foose, our 7-month-old, 112-pound Great Dane had a little extra energy this morning. After not liking several big pillow beds, we decided to let him sleep on a twin-size mattress. We thought he liked it since he has been sleeping on it for the past couple of months without any problems. I was on the phone downstairs for about 10 minutes when I went to check on him. This is what I walked in to. Ahhh! He did take the time to pull down his mattress pad and sheet before tearing into his bed! Foose always goes for two walks every day. This particular day he didn't get his morning walk. . .my daughter was out of town, my husband left early for work, and I just recently had foot surgery. We'll never miss a walk again!" 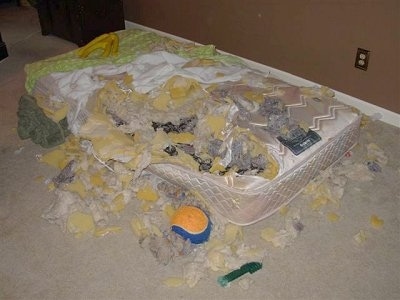 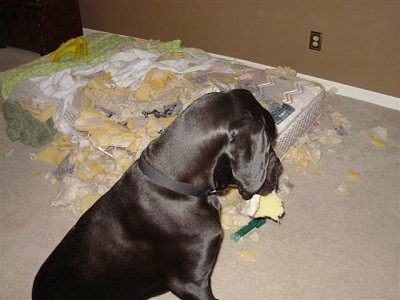 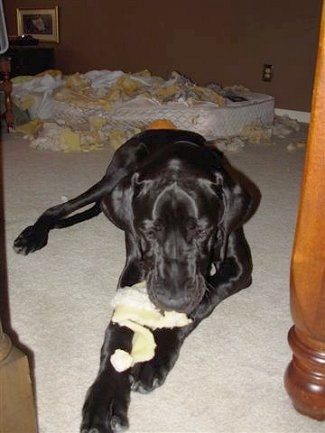 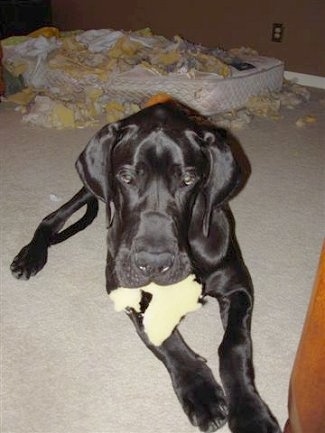 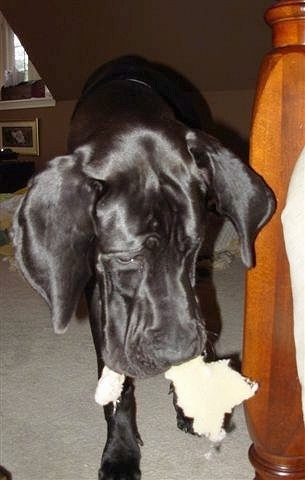 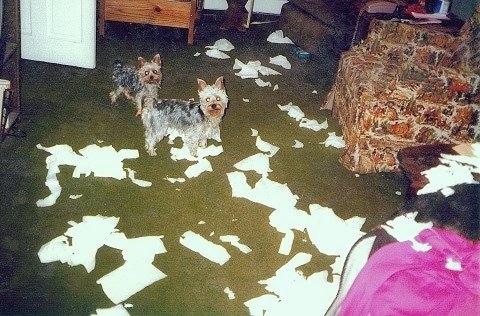 "Rocky and Dusty, Yorkshire Terriers (well, part Yorkshire Terrier and part Holy Terrier) ages 2½ and 1½ respectively, caught in the act by my husband who thought I wouldn't believe him! That WAS a full box of tissues. They obviously have too much time on their paws." 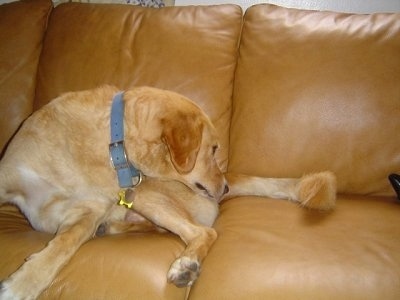 "My six-year-old dog Ralph happily smelling his bum. This is his favorite pastime and I finally got a picture of him caught in the act!" (Ralph is a Lab mix.) 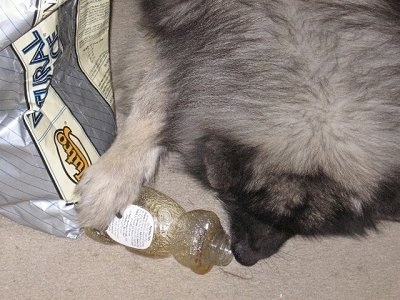 "Van Gogh seems to like honey more than his dog food :) Our dog, Van Gogh, is a ten-year-old male Keeshond. We had the honey bottle put on a lower shelf; Van Gogh found it there and started licking it. We got him to stop, but he never forgot where the honey was. He came back to it later and eventually knocked it down. We finally got it away from him and decided that from now on, we would put the honey up where he couldn't reach it."