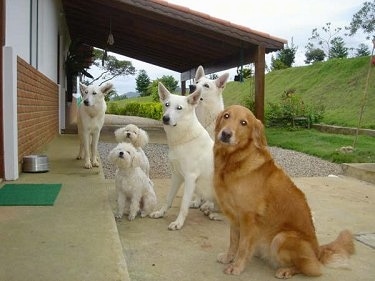 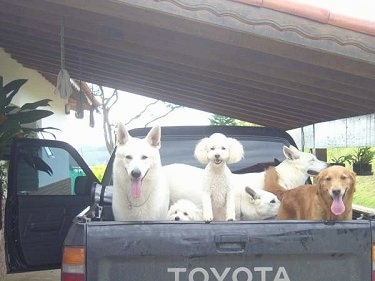 Witch Christina, Doc, Vicky, Cindy, Nevat and Milky in the back of a Toyota pick-up truck 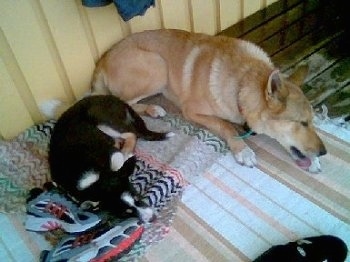 Millie the 7 month old female Leopard Catahoula (middle) that was picked up on an expressway when she was approximately 8 weeks old. The little black-faced one (front) is another rescue, Max, part Heeler and Jack Russell Terrier. His owners adopted him in self-defense to entertain Millie. They are joined at the hip now. The fuzzy one (back) is a Poodle and named Tazz; he is also a rescue. 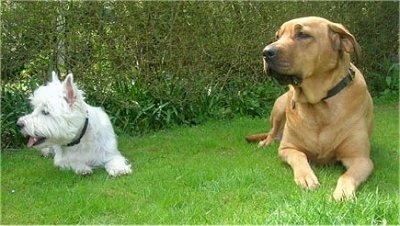 Emil, a Westie and Signe, a Danish Broholmer outside laying down in the grass 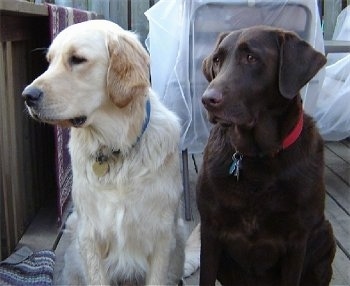 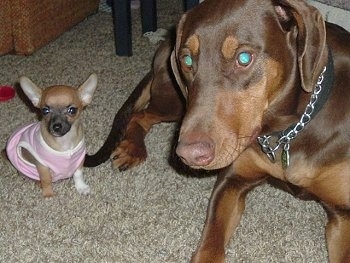 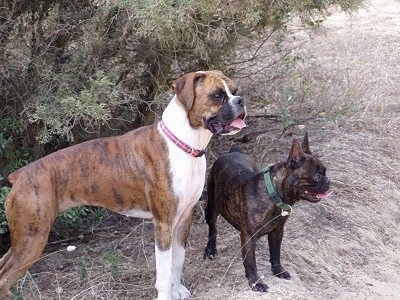 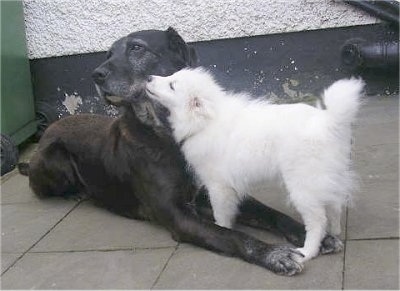 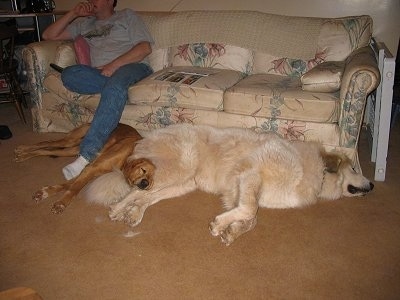 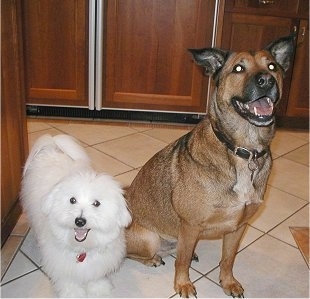 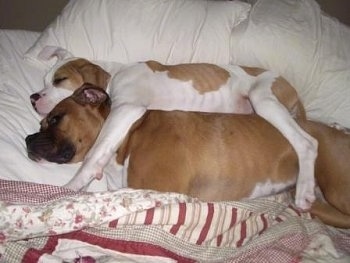 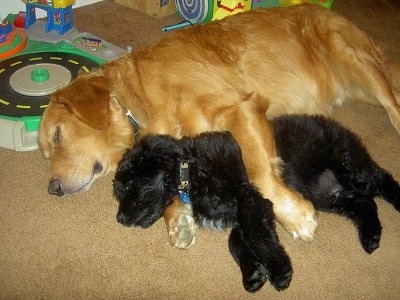 Max (Golden Retriever) and his brother Gus (Goldendoodle) taking a nap after a long day’s play.