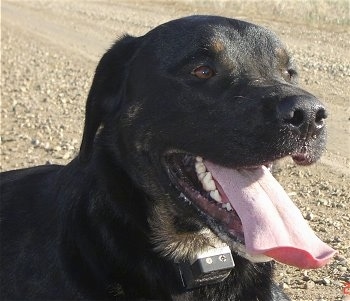 Jake the rather large mixed breed, possibly a Rottie mix 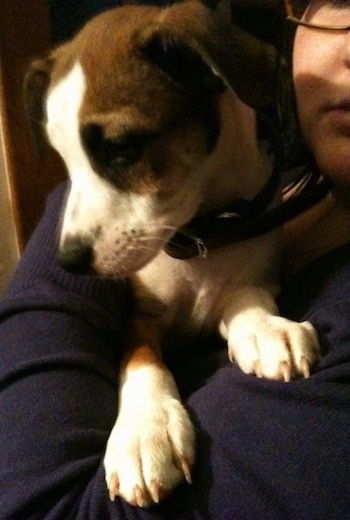 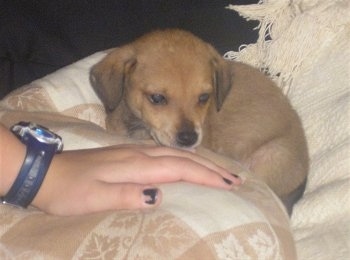 "My dog Pidda is a Carolina Dog / Dingo mixed with a small-breed dog. When we rescued him at the humane society he was 6 weeks old. He was with a brother and sister. He was the runt of a litter of 6 pups; 2 were water pups and the two pups in the kennel with him sadly to report were euthanized at 12:00 p.m. sharp that afternoon. We are glad we got Pidda. He has a unique name to say the least. Pidda is short and sweet, just like him. He is really 'itiful', because when we rescued him he had a belly full of worms and his head was bigger than his whole body. He always looked sad and he had kennel cough which is kind of like strep to humans. It occurred after his surgery; he was neutered the week before we got him. He was really supposed to be my dog, but he warmed up to my mom way more than me. He loves playing around, but he sometimes gets rough and bites a little, but it doesn't hurt really and he claws and just has his fun. He never gives up when you pin him down it's so fun, but then just as he is rowdy he is also quiet and calm." 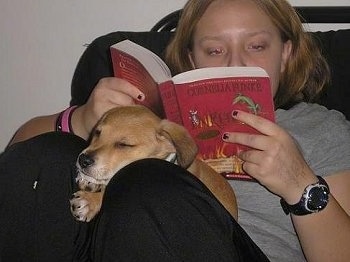 "He loves sleeping by someone's feet. He has a fetish where he has to be touching someone. I think it is because the first week we had him I held him in my arms because I was so afraid the dust on the floor would hurt him, since he was so weak and small. If you sit down or lie down he has to be up there and it's usually his butt that has to touch someone. He acts more like a human than a dog. He sits at the table with us if he's lucky." 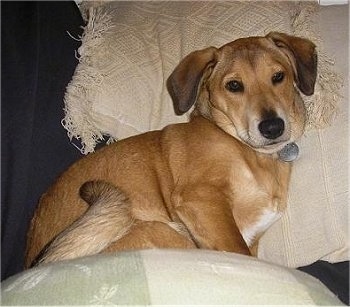 "Pidda, shown here full grown at a year and a half. He looks small but he really isn't. When he stands up he's about a foot and 4 inches tall from the front paw to his head and about 2½feet long from his head to the end of his tail. He weighs 35 pounds. One night he snuck up and sat there looking at my dad’s food on his plate and my dad yelled at him to get down. Well Pidda stood up and turned around in the chair with his butt to my dad as if to say, ’Kiss it’ and he looked back in those pitiful chocolate brown eyes and you could see the laughter in his eyes. He burps like a human and he sleeps like one sometimes. When me or my parents sit at the computer in the morning he comes up and steps from the arm of the futon to the arm of the chair to sit behind us and lie there against our backs. Sometimes it's like he can tell us stuff by showing us. Sometimes we'll say ’gotta go outside’ or ’who is it?’ (when someone's home) and he jumps up and runs to the door. He is a weird dog but I will always love his soft fur early in the morning. He also loves morning breath for some odd reason?" 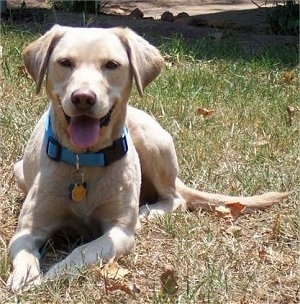 "Maddox was found on the side of the road. While she looks like a full Labrador, she is very small (only 40 pounds!). Some people call her an English Lab; some people call her a mix. I call her my Teacup Lab. Maddox is about 2.5 years old. She's extremely loyal, intelligent and well-behaved. She does great off leash, and Maddox is fabulous with children. She hardly ever barks, but does this excited whine and if you stop petting her too soon she'll push her nose under your hand! She is great around other animals, including cats and horses. Basically she's everything you could ever ask for in a dog...well, unless you're looking for a guard dog."