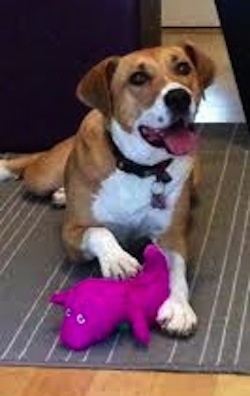 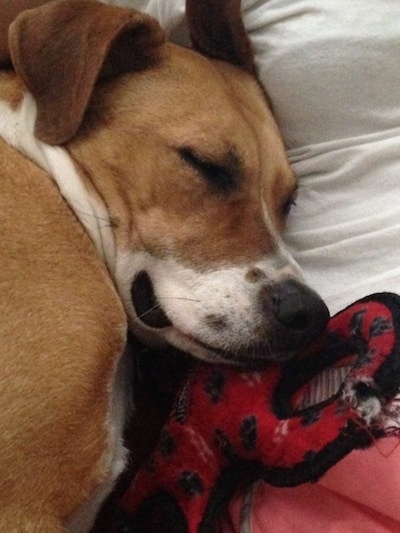 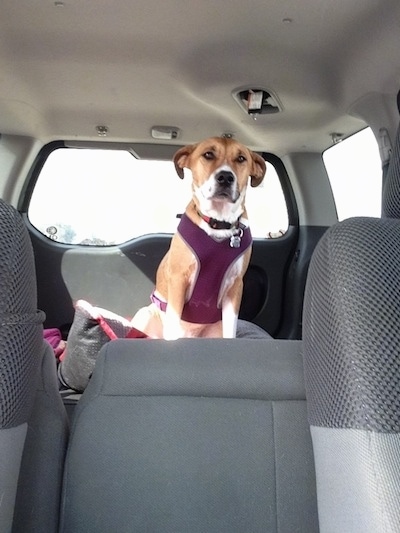 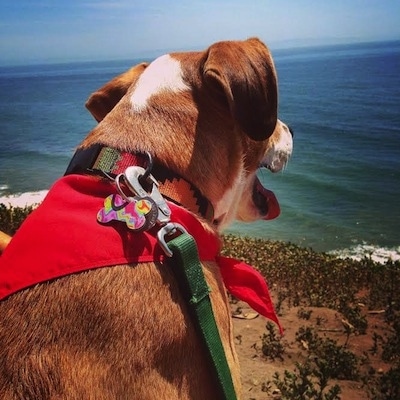 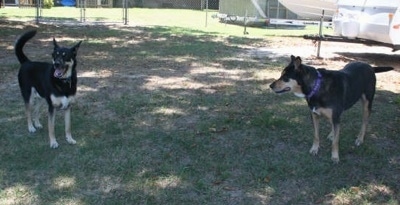 "Nala is a German Shepherd / Rottie mix. We adopted her from the Honolulu SPCA when she was about 8 months old. She is now 6 years old and has been the best dog we have ever owned. She is very well balanced and I will begin training her here soon for her CGC test. Not only is she beautiful but has a great disposition. She loves people and animals alike. I am a big Cesar Millan fan and have one of his DVDs and watch his show faithfully. Actually, he has inspired me to learn natural dog behavior and I have read many of the books that he has read. I have a way with dogs and am eager to help people with any issue they may have with their dog. Shortly after we moved back to the mainland we adopted a male German Shepherd / Black Lab mix named Kai; he is currently three years old. Nala helped to raise him as she was already spayed and could not have any puppies. But they get along wonderfully and act like brother and sister. We could never separate them as they are bonded. They play this really cute game of hide-and-seek when we are outside and it just cracks me up every time I see them play. Kai went through a terrible stage of puppy adolescence but I was consistent with the techniques that I learned from Cesar and Kai now is also a very well-balanced dog. So from here out their story continues..." 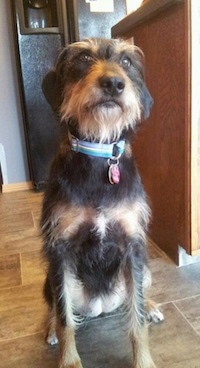 "Elli Mae came to live with me when she was 9 weeks old. I never met her parents, only saw a photo of them individually, but I saw a few of her siblings when I picked her up from her "birth family" (some looked like Elli, some looked more like their mother). Her Dad is a purebred red Doberman Pinscher and her mother is a mix. I recently had Elli Mae DNA tested and it came back that she is a Doberman Pinscher / Schnauzer / Shetland Sheepdog mix (with the Dobie and the Schnauzer being dominant). She will be 3 next month and she is an avid agility girl. She has a naturally shaggy wire coat, but she gets clipped in the summer (hence the different coat in some of the pictures)." 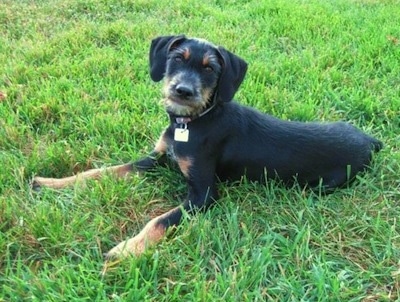 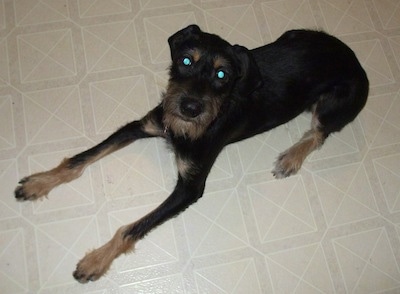 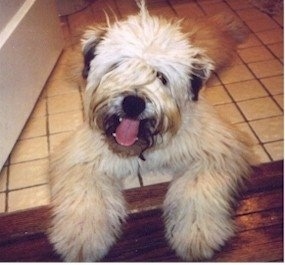 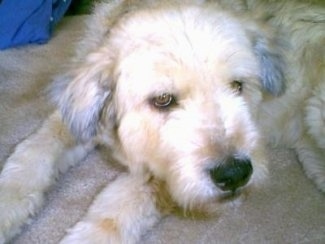 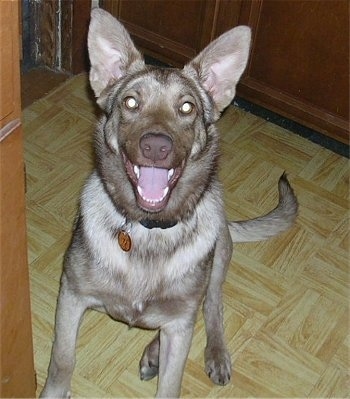 Sierra, a Shepherd mix—her owner states, "She has a caramel-reddish color; others call it liver. She has the eyes of a Weimaraner. One thing that I have found to be different with her is she uses her paws like hands. Meaning, when she grabs at you she can close her paw like we do. It is hard to explain, but I find it different than other dogs that I have had." 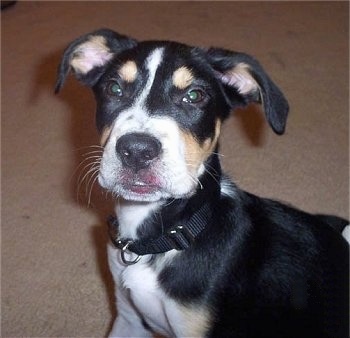 Ellie Mae the Beagle mix—her owner states, "She was 12 weeks old in this picture. We rescued her from the pound and found out the next day she had Parvo…as you can see from the picture she looooooooves lipstick!!!!!!!!!! She is a Beagle mix. She is a tough little cookie and loves to vocalize, especially when her brother Sarge (Bulloxer, also a rescue) is getting into trouble." 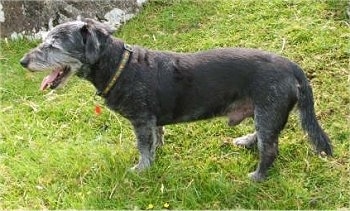 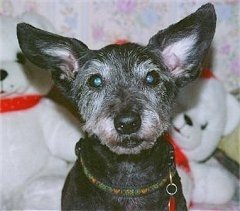