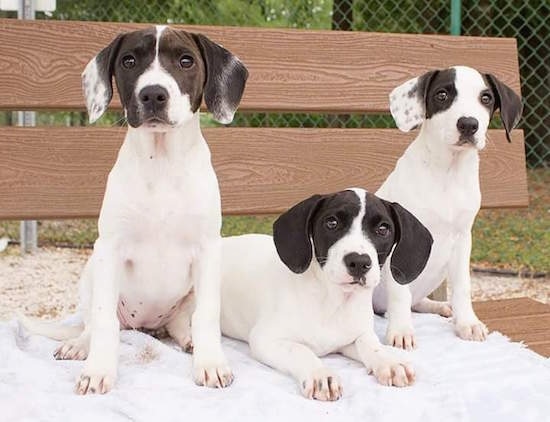 "I adopted Sheeba at a shelter, shown here with her female littermates. They were all dumped on the side of the road. I couldn't imagine being a puppy and staying in a weird place in a cage, but me and my 1 year old adopted her. Her sisters were adopted by others. My only question is, what kind of hound is she??? She's sooo sweet and loving, and bawls and trees something and she also loves cuddles."—DNA Canine Breed Identification 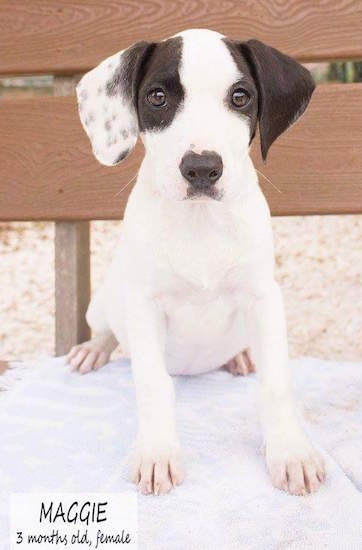 Maggie the hound mix as a puppy at 3 months old rescued from the side of the road and adopted out through a shelter. 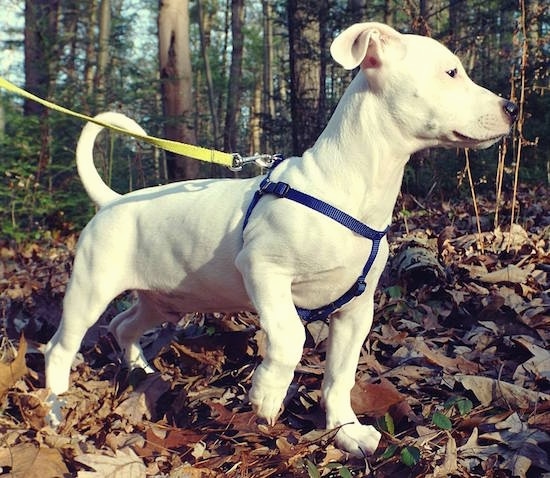 Chompers at 9 months old—"Chomp's mom was abandoned by her owners and my family took her in. She was pregnant and all of his siblings except for 1 did not make it. Chomps is deaf from birth and we got him DNA tested. We thought he was a Pit Bull mix, but he has NO Pit at all! He's actually an American Mastiff / Australian Cattle Dog / Australian Shepherd and Weimaraner mix. We used DNA my Dog to get him DNA tested." 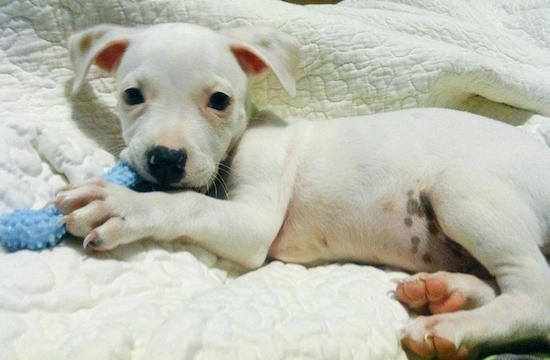 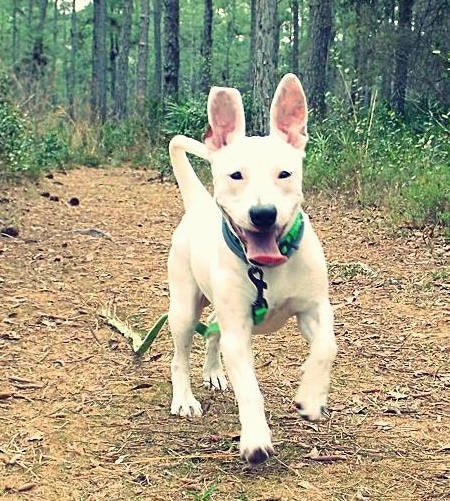 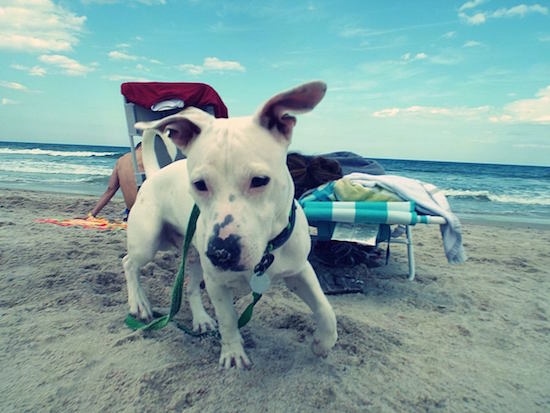 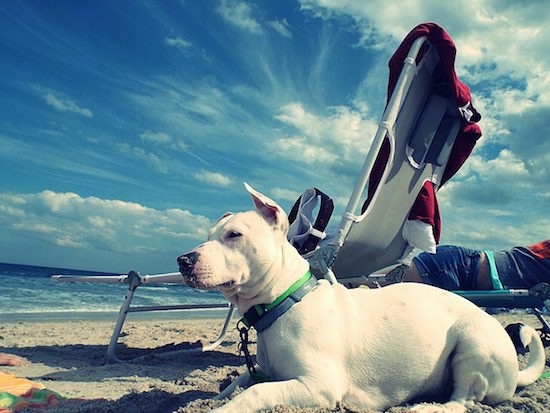 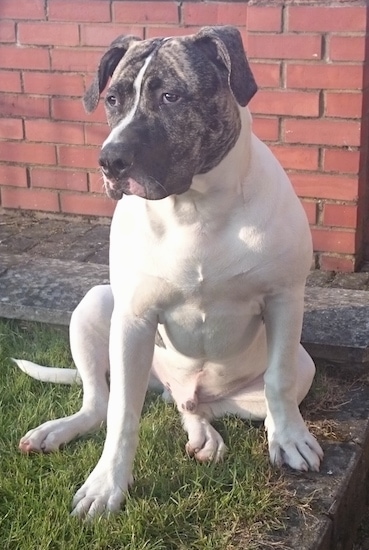 Woody the American Bulldog mix as a puppy at 6 months old—"We bought Woody at 12 weeks old from people who wanted a house dog!! We knew there and then he was no hotdog and was going to be huge. At 6 months he weighed 92 pounds (42 kgs) and is litterly like a bull in a China shop, but we love him dearly. He is head-strong, but so are all of us in this family including our 10 year old son, so he knows his place. He has so much energy and lives to westle and play with everyone. He is the most loving dog I have ever owned, such a quirky personality who loves every body he meets including other animals. It's comical watching him try and cuddle in with our 2 cats. He is just too rough even though he's trying to be as gentle as possible, bless him. We wouldn't change him for the world, even all our neighbours expect their daily visits now as he pops into all their houses if the doors open. Mr socialable all round giant softy." 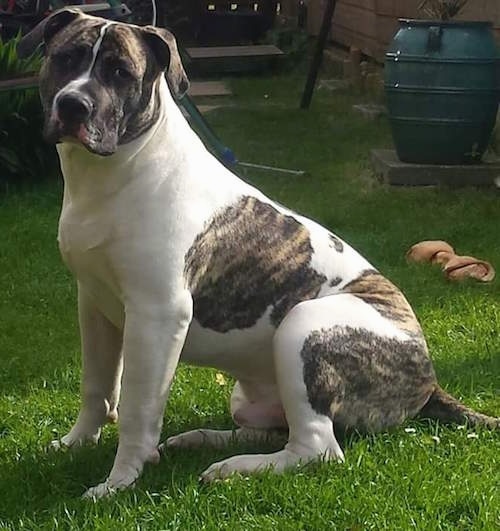