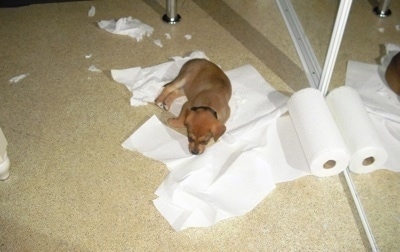 "This is Hazel :). She is a 3-month-old Lab / Shepherd / Husky mix puppy. I got her from a local rescue after having no luck at any shelters. But really, I couldn't be happier! She is very intelligent and I'm not just saying that because she’s my dog, but really, she keeps you on your toes and is always willing to learn something new. For the most part, I believe she is balanced. She has never been aggressive toward me, never pulls on her leash, and waits for me to say ’OK’ when it’s time for her to eat. Hopefully things stay that way! 30+ minute walks seem to do the trick."

"I love watching the Dog Whisperer and picking up the do's and don’ts I have learned throughout the show. So far, I have done a few things that he has advised such as walking through the door before her, eating before her, not letting her pull the leash, and not praising her when she has a seizure of excitement once I get home."

"I took this picture once I walked into my room after a nice, soothing shower at night expecting Hazel to be sound asleep. Which she was, but apparently she had a little fun before she passed out with some paper towels that had been within her reach." 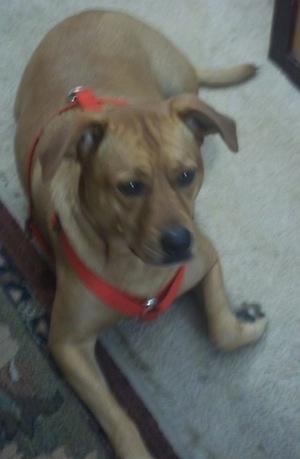 "Clemson the Rhodesian Ridgeback / Pit bull / Shar Pei mix at 4 years old—she is very energetic, but we have trouble giving her all the exercise she needs. She loves bones and hates showers." 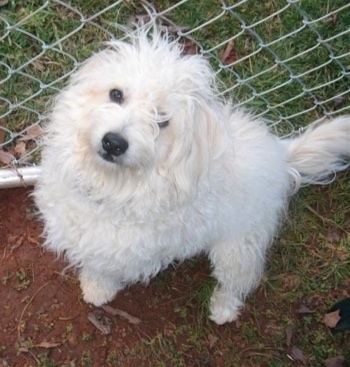 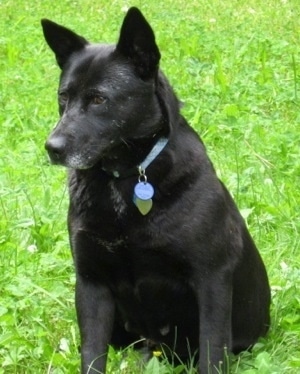 "This is Indie, our recent adoptee. She has had a horrible past, and we've had her for one week. I am responsible for her care mainly, which is good as she has bonded with me quite quickly. She is getting better with my husband slowly. She is doing wonderfully on walks, with the exception of passing very loud vehicles. I'm not sure how to correct her shrinking and pulling back in fear, other than a tug on the leash and telling her ’come’ and get her to walk beside me again."

"I am reading ‘Cesar's Way’ and correcting my own behavior. Indie, I feel, is very responsive to me being alpha; she knows I go in and out doors first and she knows to walk beside or behind me. I'm now working on letting her know I tell her where to sniff/pee. She waits for me to tell her ’come’ from our backyard." 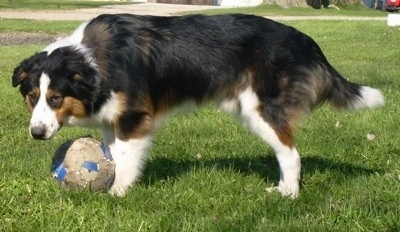 "This is Chet. He is about nine months old in this picture. He's a Collie / Lab / German Shepherd / Pit Bull / Rottie mix. He is a big teddy bear. He gets along great with kids and other animals alike. He loves to play with his soccer ball and will retrieve just about anything. His favorite thing to play with though, is his Dachshund / Min Pin buddy. He was the only pup in the litter that had all the beautiful Collie markings. You would never know he has Rottie or Pit Bull in him. He was a great choice to make as a family pet." 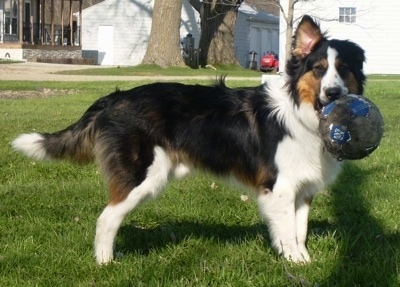