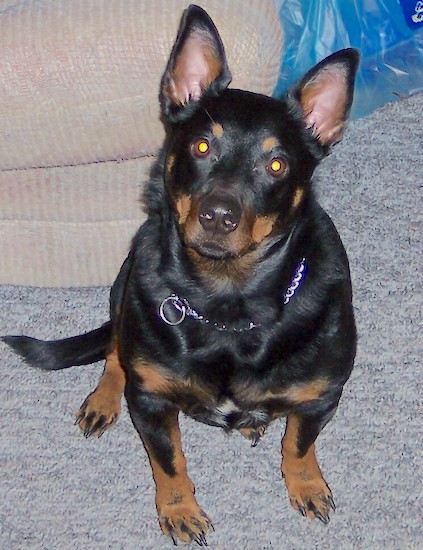 "These are pictures I took of my 5-year-old dog, Bear; he is an unusual mix breed dog. His mother is a Rottweiler and his father is a Welsh Pembroke Corgi. He is 40" from nose to the tip of his tail and stands 14-1/2" at the shoulder. For as small as he is, he makes up for it in sound; he sounds just like his mother. Most people coming to the door think we have a big, huge dog. One of his best tricks is that he can jump straight up in the air as high as 5 ft. He believes he is a Rottweiler, I think, because when he sleeps next to us, he tends to take up most of the bed or sofa. His pet peeves are to have his feet and tail touched. His favorite form of exercise is to get grubbed into a frenzy and then tear through the house, room to room, with us in hot pursuit. He is a cuddler, he loves to snuggle every chance he gets; he's my 45-lb. lap dog." 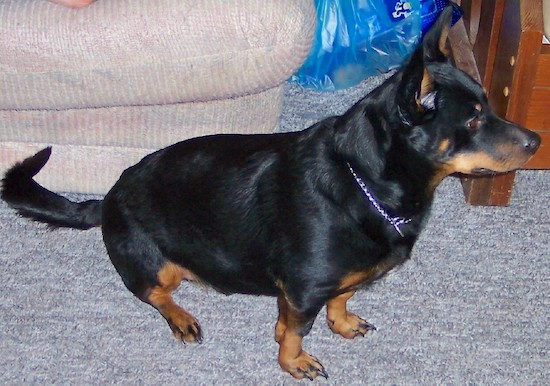 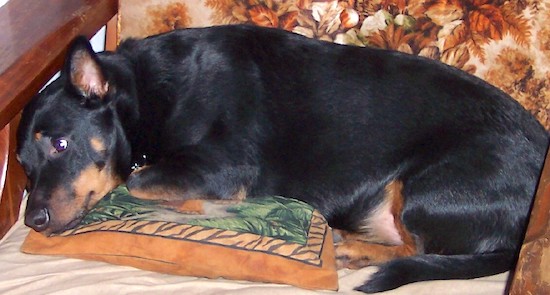 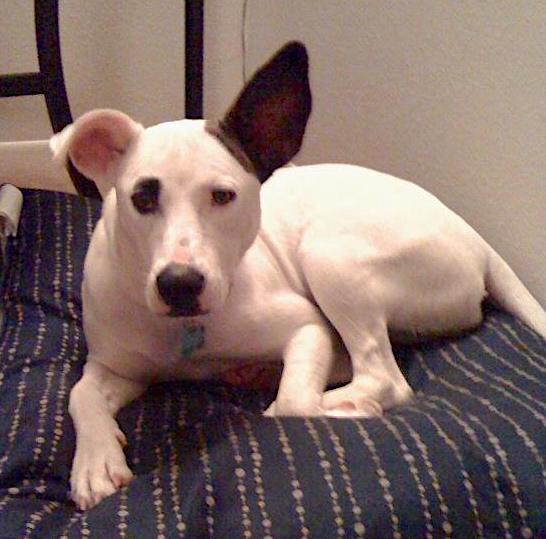 This is Marla at 2 years old. She is an Alaskan Malamute / Collie/ French Bulldog mix. We actually had her DNA testing done, because we got her from a shelter. Marla's temperment is overall really sweet and good. She is active and likes to play with our other dog. Marla is 52 lbs. She is easy to train and responded to training using treats really well. She sits and lays down on command and is leashed trained to walk next to you. Although, we do use a leader leash for her. She does dig if dirt is present. She does not dig in the grass and will not dig to escape. When she does escape she will dart and she is a fast runner. The only annoying thing about Marla is when she plays with other dogs she bites their ankles. She is quiet and does not bark unless you are playing and staring at her. Marla is very proportionate in size. Her brindle ear stands straight up all the time and her white ear is always flopped over. 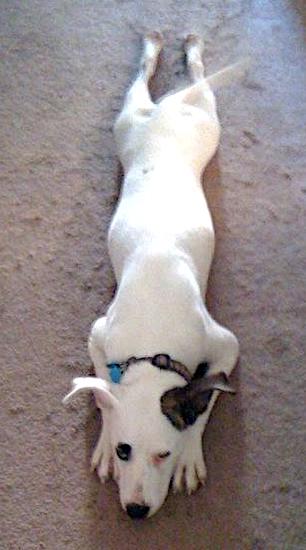 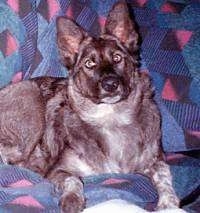 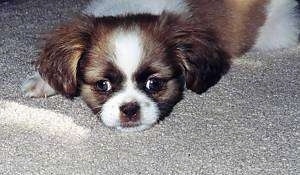 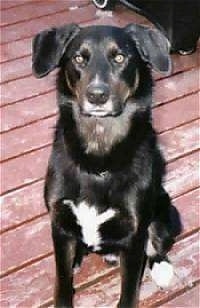 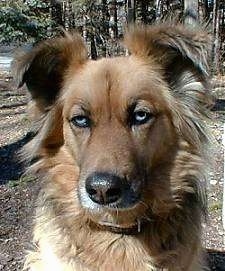 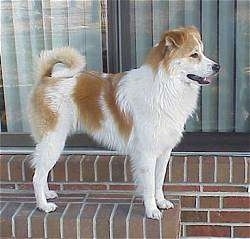 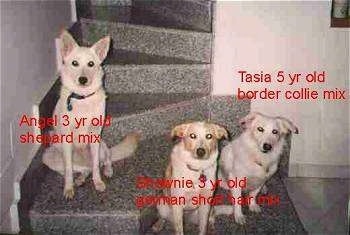