"I adopted Milo off Petfinder, and it has been quite a ride—he was listed as a Labradoodle, but his brother was DNA tested with the Wisdom Panel, and it appears they’re a combination of Soft-Coated Wheaten Terrier and Greater Swiss Mountain Dog (!!). In this picture, he is about 50 lbs. and not quite a year old, and just the mellowest, most affable guy. He sheds more now than he did a month ago, so we’ll see what happens with that, but I have no allergic response to him at all. He’s also great with my cat, who is old and slow enough to not be a good chasing target."

Update on Milo—"I had the Wisdom Panel DNA test done on him by my vet, and it turns out he’s about as mutt-y as a mutt can be: ’traces’ of Tibetan Terrier, Brittany Spaniel, and Rottweiler, but basically the offspring of mutts who were probably themselves offspring of mutts! I couldn’t be happier to have him." 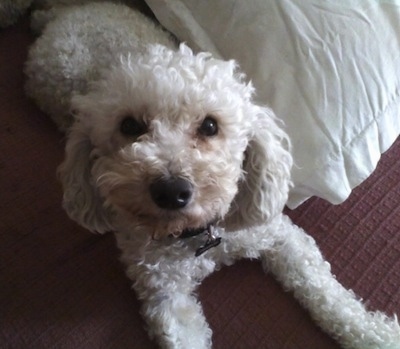 Charlie the Poodle mix at 5 years old—"Charlie was adopted when he was 10 months old. He is a great dog. He loves other dogs, cats (he lives with three of them) and adores children. I recently had a DNA breed test done for Charlie. He is mostly a Miniature Poodle. The other breeds are: Lhasa Apso 6.25%, Manchester Terrier 3.50%, Border Terrier 2.72%, Akita (imagine that, LOL) 2.54%, and Curly-Coated Retriever 1.64%. He must get his bark from the Akita because for a small dog he has a loud bark." 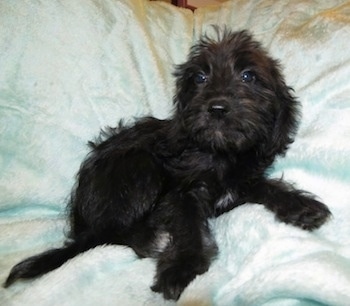 "This is a Beagle / Labradoodle puppy at 5 weeks old. There were 5 all black pups and 1 black and white pup in the litter. Some have curly hair, to getting curly hair, all of them are long haired, versus the normal short hair that a beagle has. They also seem to have longer ears and tails. They are super cute and seem to be small like the mother, she's about 13 inches tall." 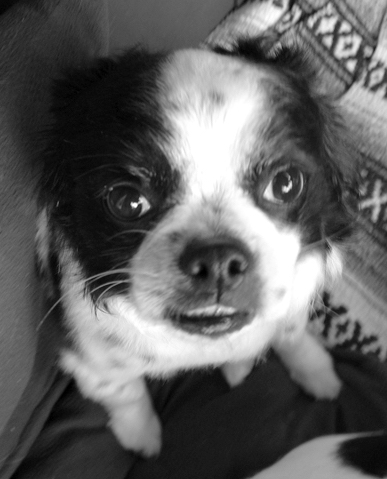 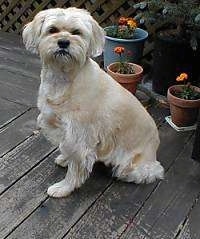 Daisy, a terrier mix adopted from a shelter; she loves everybody including cats, other dogs and kids. 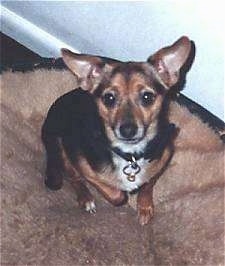 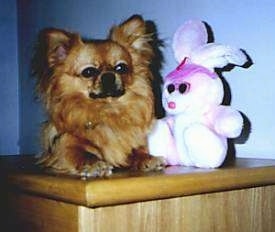 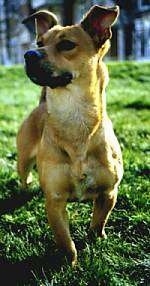 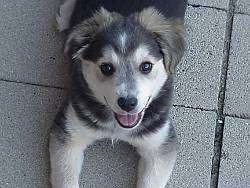 Sophie is a Border Collie mix, according to the rescue shelter where she was adopted. She was abandoned in a dumpster with her 9 brothers and sisters.