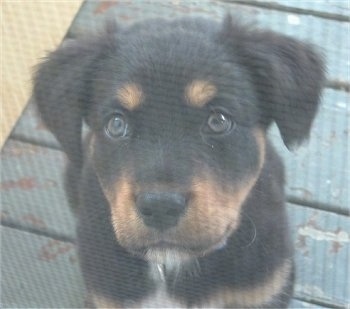 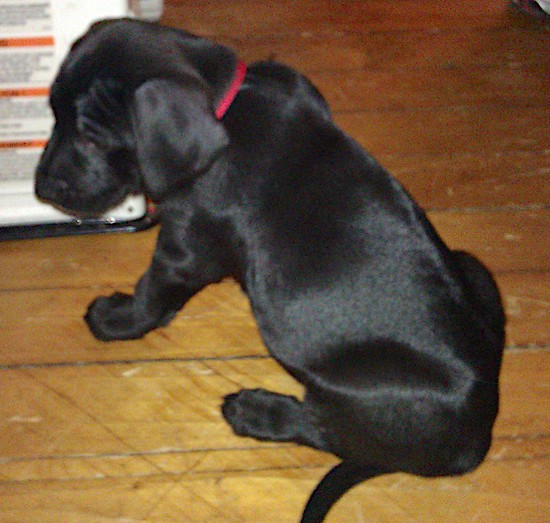 "Pevely was one of 8 black pups born to a purebred Weimaraner who was turned over to rescue when the puppies were born. The rescue assumed they were black Labrador Retriever / Weim pups, but he had funny wiry beard hair on his chin at 8 weeks old." 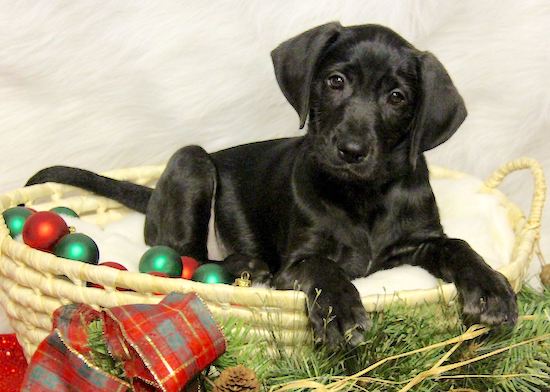 "By 10 weeks old Pevely was getting silvery feathers around his toes, and within a few more weeks he had a full blown beard and long gray feathers on his legs." 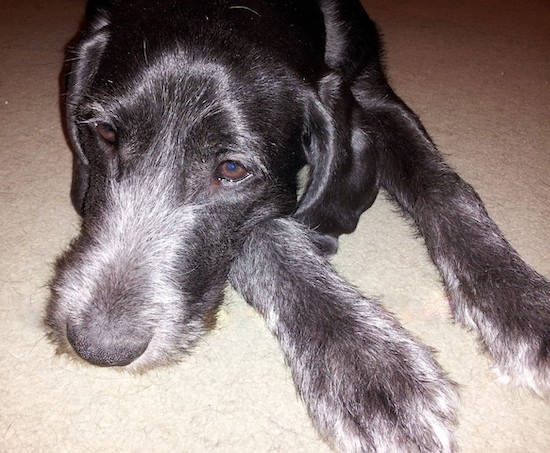 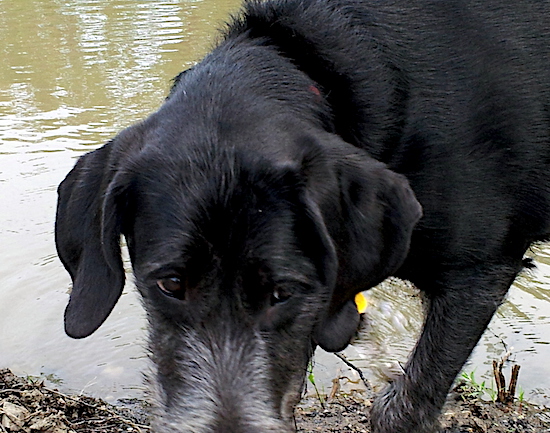 "At seven months old, Pevely has wiry gray leg warmers on all four legs, the silver is now showing up on his haunches, the top of his head, his back... and in one ring around his tail." 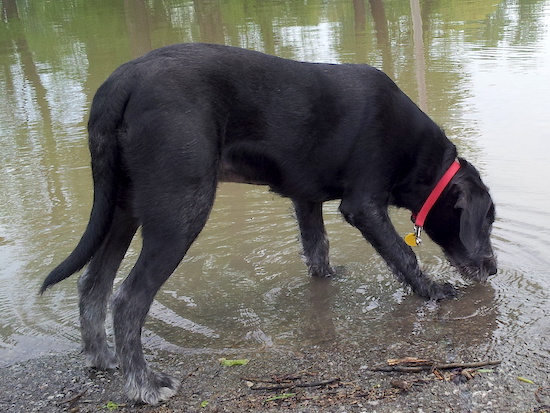 "Pevely gets very curly/wavy when wet!" 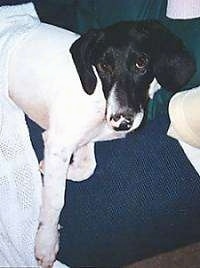 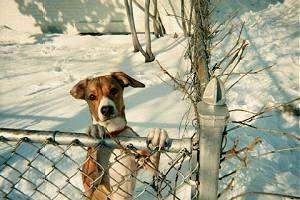 This is Gibbsy from Washington, D.C. She's a super mutt (both mom and dad are mutts). She was about 6 months old at the time of this photo, a very friendly and loving little girl who loves to run and play. 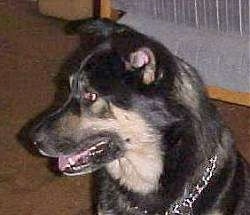 This is Buck, a German Shepherd / Rottweiler / Husky mix 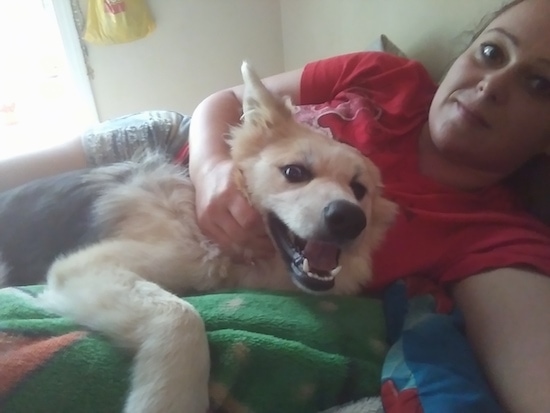 Hoka the Husky mix at 8 months old—"Hoka is a rescued "rez dog" from the Standing Rock reservation in North Dakota. I found Hoka as a very small puppy (about 8-12 weeks old) in the district of Cannon Ball right after a blizzard during the Dakota Access Pipeline protest. I'm not sure what type of dog she actually is, because often, dogs are left free to roam. Coyotes and wolves are also pretty common to the area. I never found her parents, but there was one litter mate who looked just as wolflike as she does. When I take her on walks, I am often asked if she is a wolf hybrid. I always laugh and say she's just a rez dog. Lol" 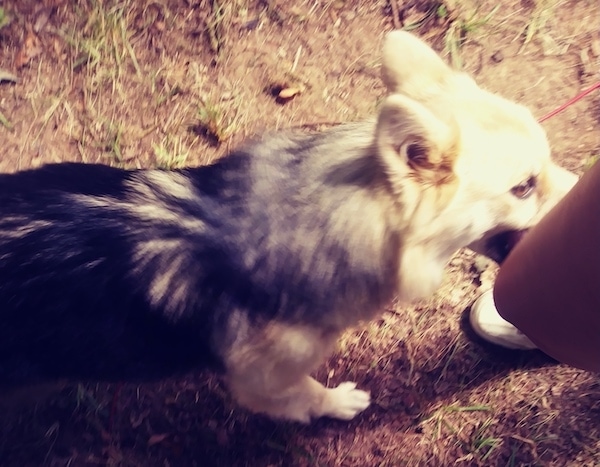