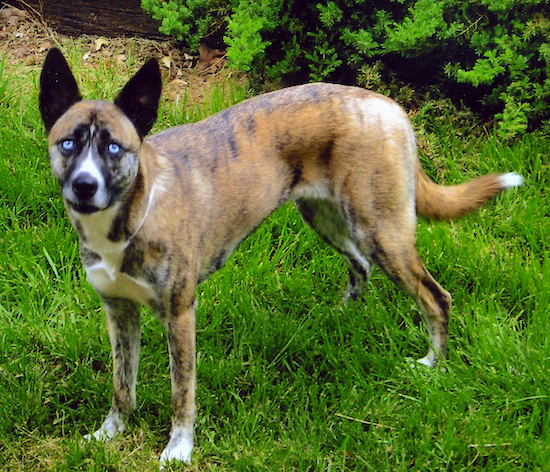 "Mallie Moe the Siberian Pit Boxer mix breed dog at 3 years old. Her dad is a Siberian Husky and her mom is a Boxer, Pit Bull mix. Her parents were my friend's dogs and when they had puppies I had to have one. I got her when she was a puppy at 6 weeks old. She is very smart and learns "tricks" very fast. She's very docile and sweet as a button. She does not bark much, just howls. She gets bored fairly easily and is not too attention starved. She reminds me a lot of a cat. She loves fetch and LOVES squeeky toys. She loves to just run, RUN LIKE CRAZY. I think it may be the Husky in her that she does not really care to listen to me sometimes. Shes doing her own thing."

Olaf the 4-month-old puppy was rescued from Rosarito, Mexico. His breed mix is unknown. 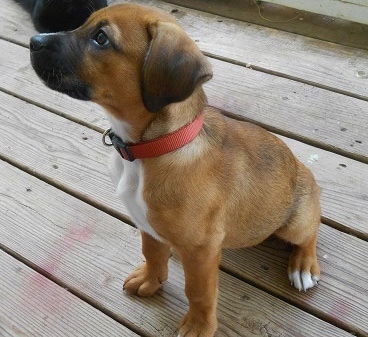 Kada the Boxer, Pug, Pit Bull mix as a puppy at 6 months old—"Many locals here have dogs that are bred or even accidentally bred. I joined a local Facebook page and checked out many that had litters to give out and asked for a specific type of personality they thought would be calmer and not want to eat my 3 cats. A lady came forward and gave me Kada, she is so beautiful and sweet and at 6 months old weighs about 45 lbs. Loves other animals, calm, smart and was very easy to house train. She is going to be bigger of course, but not sure how big. She is supposed to have been born from a pedigree Boxer female and the sire was Pit Bull and Pug mix. Amazing." 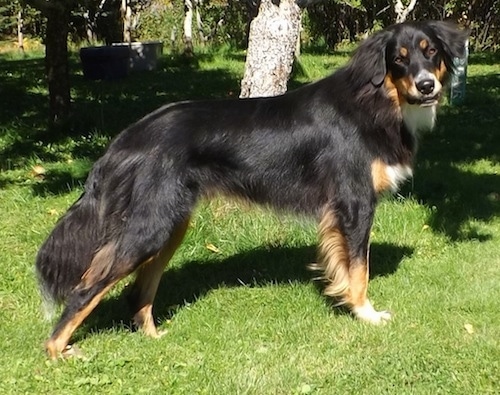 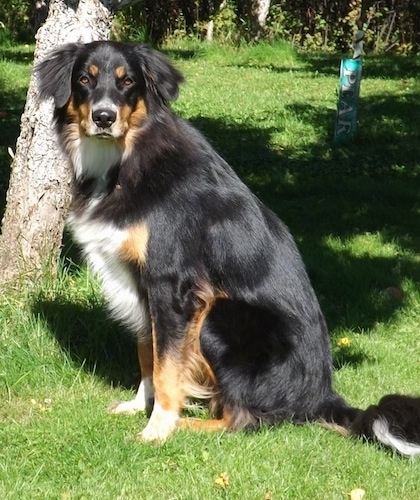 "Mac is the smartest, most fun-loving, kind, playful animal I've ever known. He learns quickly, usually on three attempts. He loves to cuddle up but also likes his own space. He's so gentle with children even when herding them, they giggle with delight! Mac also loves to steal and bury things, like socks, so you can't leave anything lying around! Everything is a game of "chase" and "catch me if you can"! He absolutely LOVES to play "pull" and when I'm working on my computer in my comfy chair, I seem to end up with a lap full of every toy he has in his toy bin! Having a bit of Border Terrier in him, he’s quite the rabbit and mouse hunter. Mac has several “unlucky” rabbit’s feet to vouch for his skill! He’s quite tall and leggy, but at 16 months old, his chest and hips are filling out quite nicely! I just love this combination of breeds! A perfect companion, at any age!" 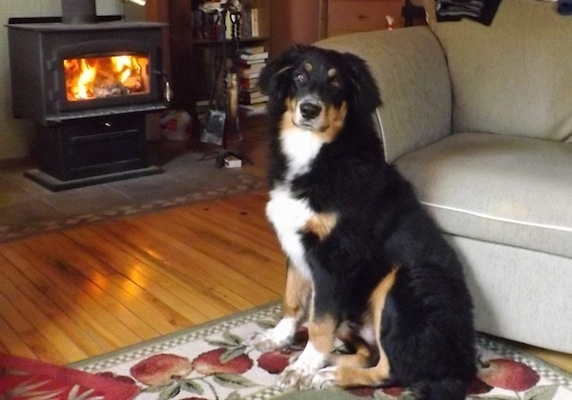 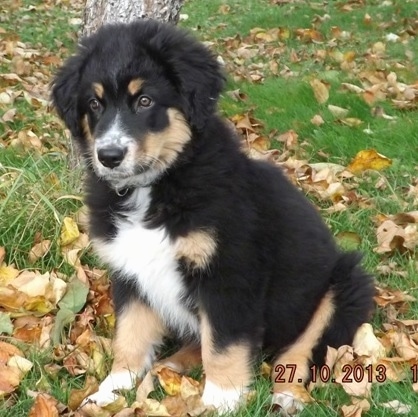 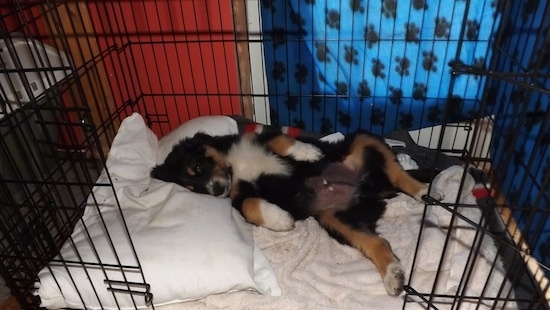 Mac the DNA tested Australian Shepherd, Rottweiler, Border Terrier mix as a puppy in his crate. 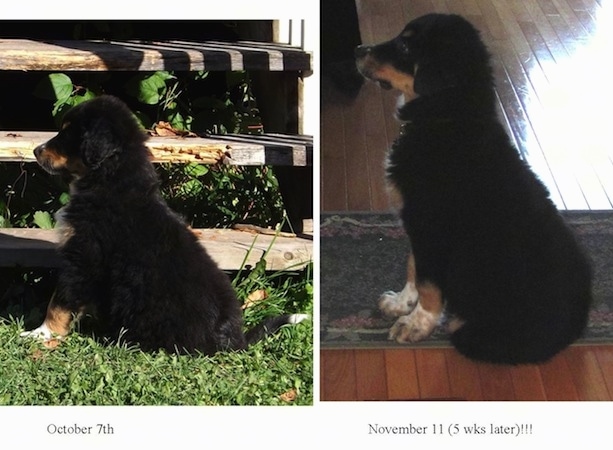 Mac the DNA tested Australian Shepherd, Rottweiler, Border Terrier mix grew up fast! These pictures show him as a puppy and how much he grew in only a short 5 weeks. 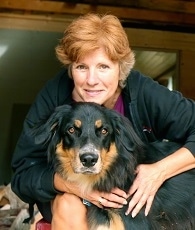 Mac and his proud owner